Glasgow to Fort William is about 100 miles. While we stopped a bunch it was still a slow road. 2 lanes and curvy. Very beautiful but I missed alot of views anticipating the next curve or travel trailer or semi who hang into your lane.

First stop of the day was Duck Bay for some nice pictures of the lake. Loch Lomond is said to be the most beautiful lake in the world. At first I didn’t agree but the top end sure is beautiful. Who knows (or decides) these things is beyond me. The weather was a little more cloudy so the light for photos wasn’t as good as it could be. 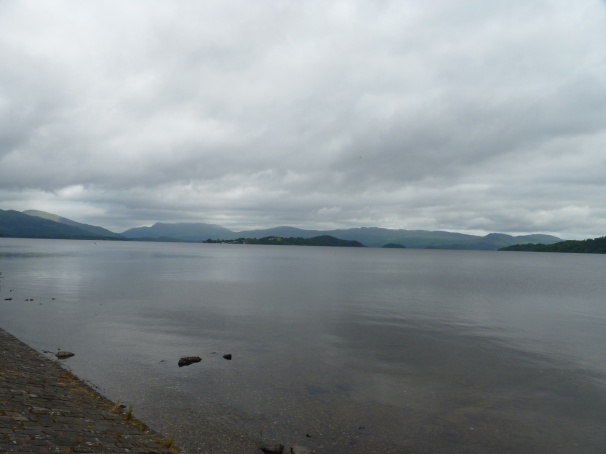 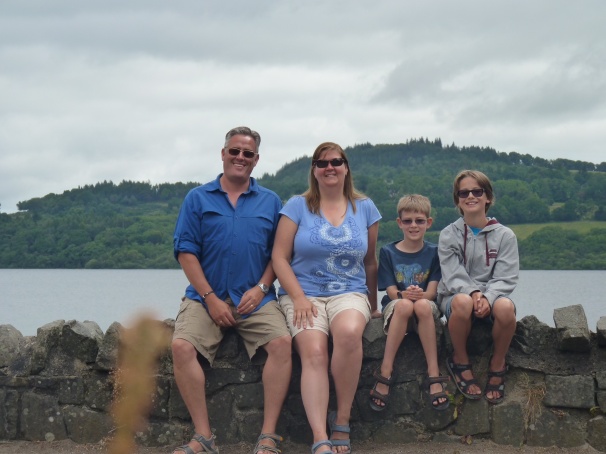 At Luss (which is a village), there are nice views across the lake to Ben Lomond. Ben is a mountain not a guy.

We also were welcomed to the Highlands by a busker at a view point. At home we have shaggy guys playing guitar, here was a guy in full Scottish Highland dress. Wish we’d stopped. But at the time it felt like we had to carry on.

Next stop near Glencoe for pictures of the actual Highlands. I knew it was a barren land tree wise but it is pretty stark. I can see why my ancestors got the heck out and came to Canada. Very pretty but I wouldn’t want to live here. 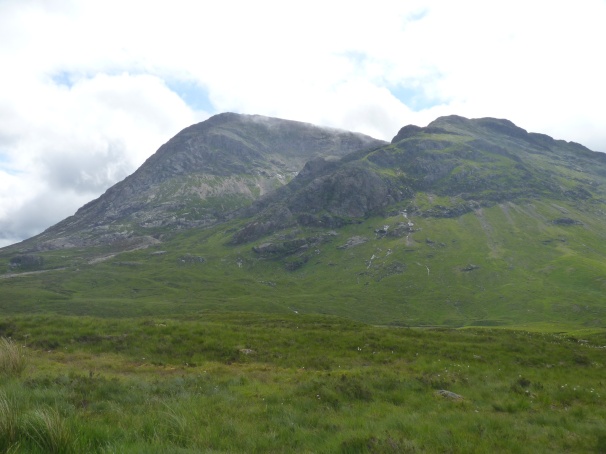 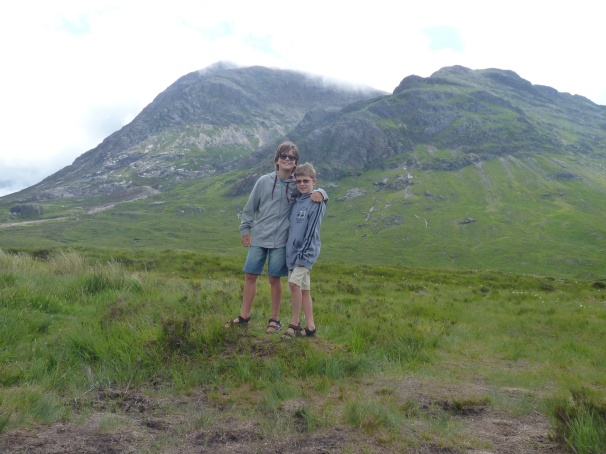 The Ben Nevis distillery (founded in 1825) was our stop just before lunch. Great tour, short but very interesting. And then of course was the tasting. Kris wasn’t a fan, Ryan decided no but Eric and I enjoyed. Eric doesn’t like Tequila but his whiskey skills are pretty good. I’m thinking I’ll have to lock up the liquor cabinet in a few years!

And shh. Eric had two “sips”

Glenfinnan is about 20 km from Fort William and we passed the end of Loch Linnhe. Lunch was at an old train dining car at the Glenfinnan Station. Toasties all around. A toastie is a hot sandwich (cheese etc). I got a nice venison and mustard one. Yummy.

Back down A830 to find the monument to Bonnie Prince Charlie, and a quick walk to the head of Loch Shiel. Right at the parking lot is a view of the Glenfinnan viaduct – 21 arches, built 1897 – 1901. Carries the Jacobite Steam Train between Fort William and Malliag. And really why most of us know it is because this is the bridge the Hogwartt’s Express crosses in Harry Potter. 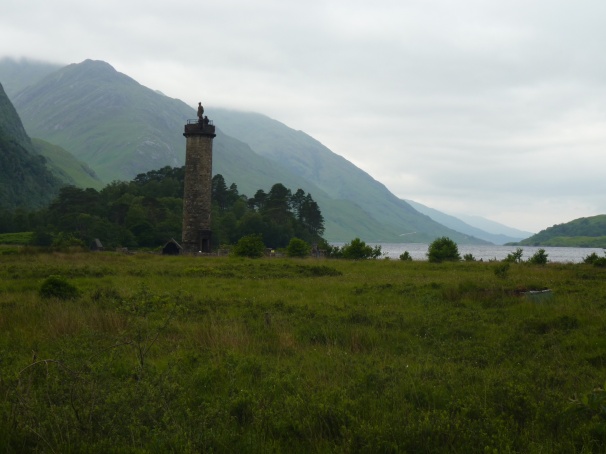 Dinner was at the “Grog and Gruel.” Portions were huge, great beer selections. I think dinner is there tomorrow too 😉

One comment on “Day 6, Drive to Fort William and Explore”