Today was up around 730 for a 930 tour start. The breakfast buffet was huge, with everything you could possibly want.

We were picked up by Ajit our driver and Ravi our Guide. It was raining quite a bit so we had our GoreTex ready to go. By the time we reached Humayun’s Tomb, our first stop, things had dried out a bit.

Humayun’s Tomb – the tomb of Nasir ud-din Muhammad Humayun, the second Mughal emperor who ruled a large territory consisting of what is now Afghanistan, Pakistan and parts of northern India. Built in 1565 (nine years after his death). The mausoleum is topped by a double dome. 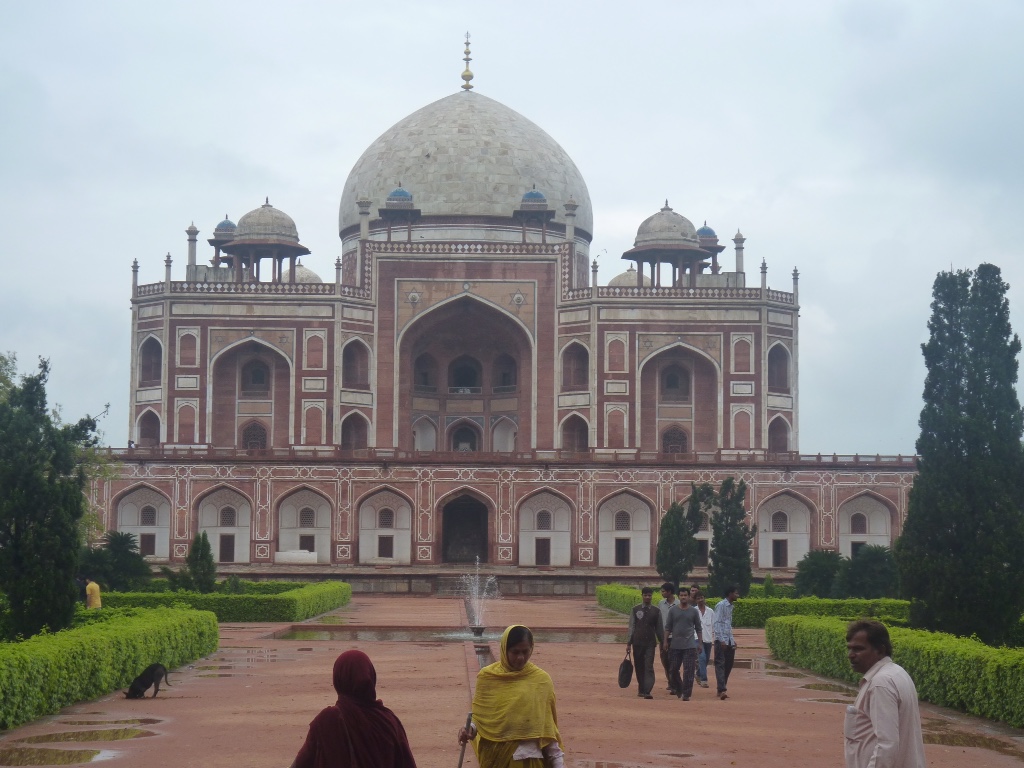 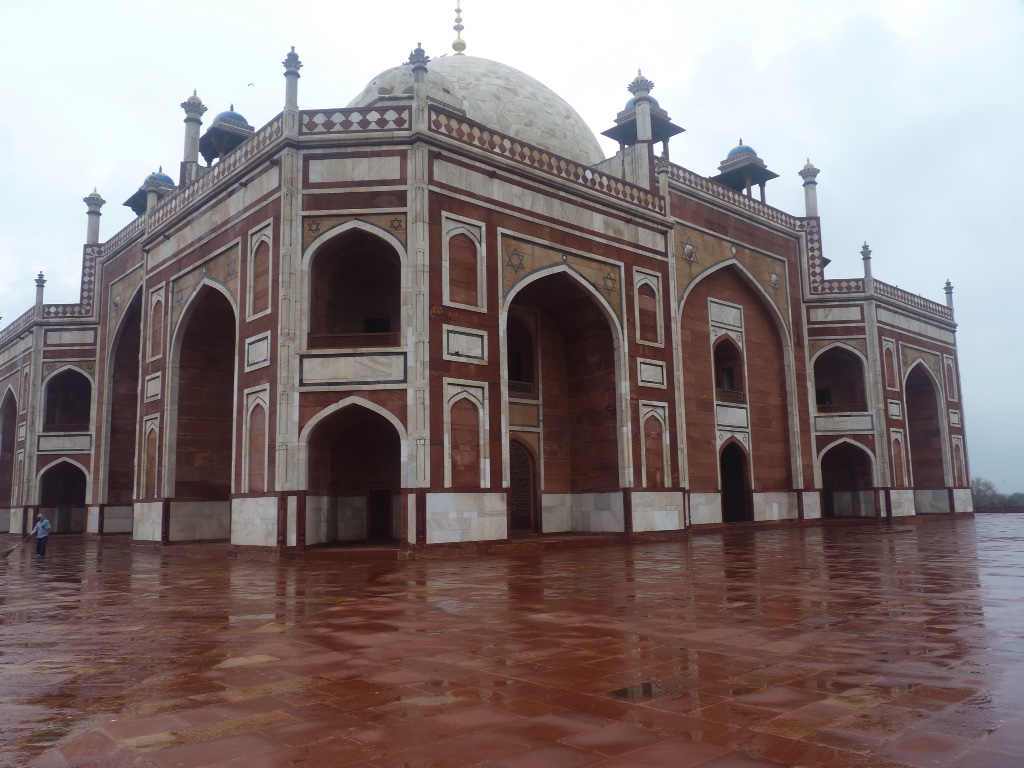 On the same property is the Isa Khan Tomb. It is being restored but it is still amazing as it stands. 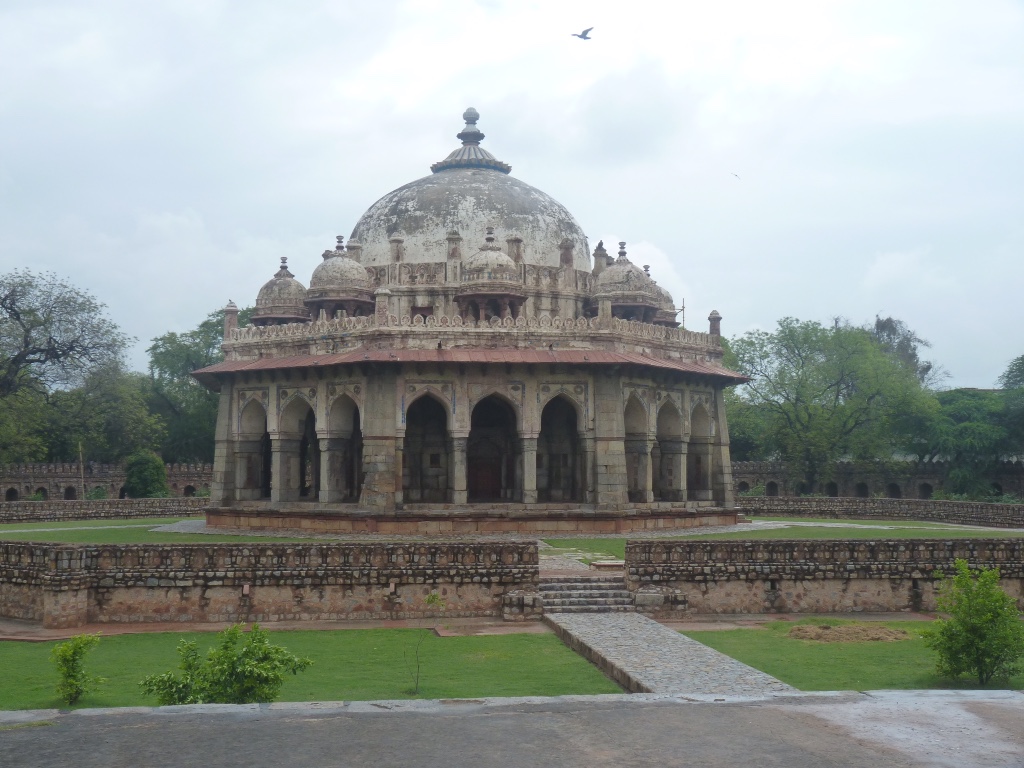 Next on the list was Jama Masjid. It is the principle mosque of Old Delhi, commissioned by Mughal Emperor Shah Jahan. Started in 1644 and took 13 years to finish. Largest mosque in India.

All women have to cover up. Even though Kris was covered she still had to wear that!

We were there just before the call to prayer. Some were washing per ceremony. 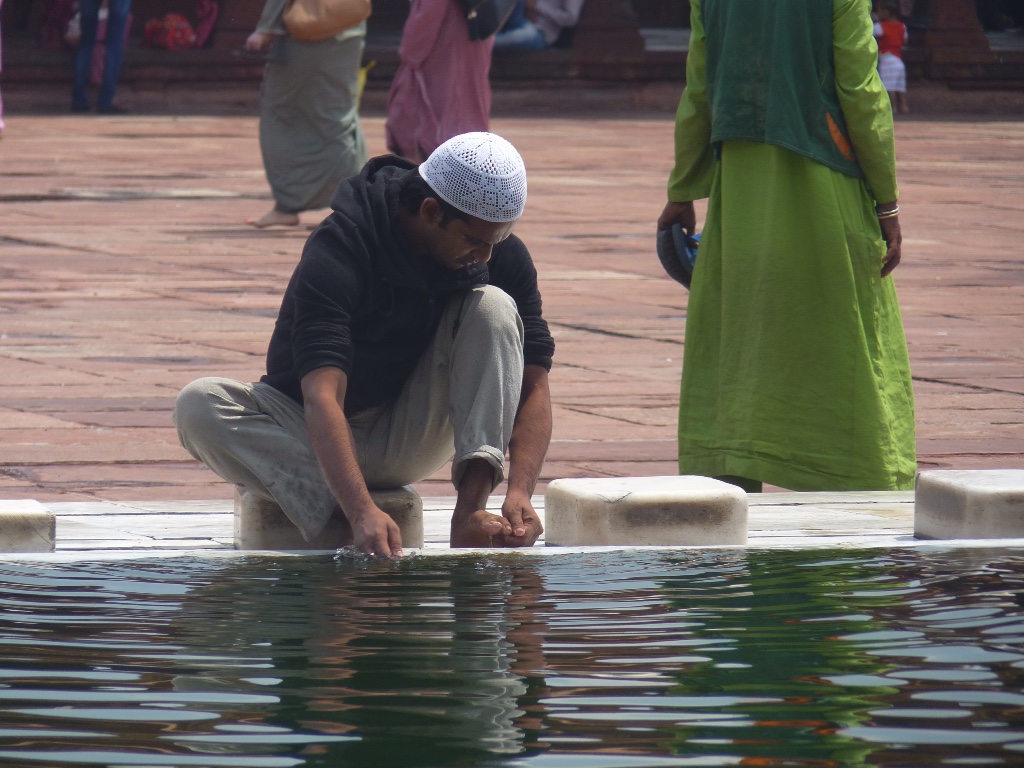 After the Mosque is was back into traffic and to the Red Fort (Lal Qila). The primary residence of Mughal Emperors in India for nearly 200 years (until 1857). Made of red sandstone, built in 1638 to keep out invaders but ultimately captured by the Sikhs and the British. 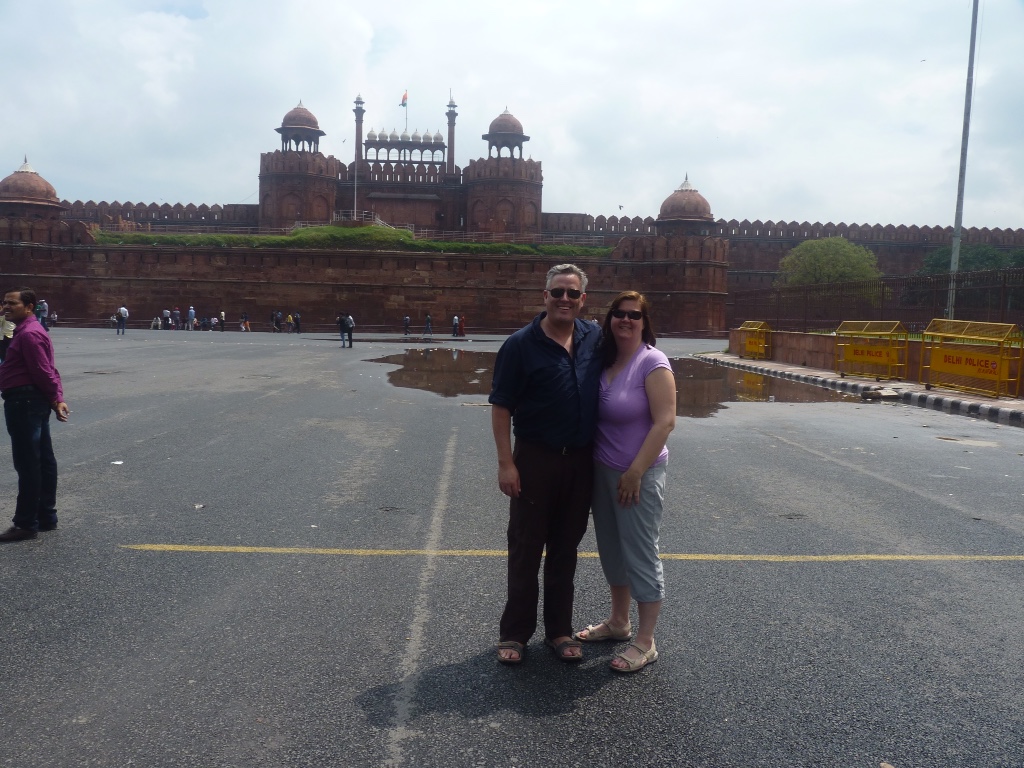 Then back in the car and off to the Swaminarayan Akshardham. Guiness Book of World Records claims it is the largest comprehensive Hindu temple in the world. Started in 2000, took only 5 years to build. Monument to peace built of sandstone and marble. The Gajendra plinth is called the terrace of the stone elephants.

There are no photos allowed (boohoo!) but here are a couple Google Images to give you an idea of how amazingly detailed it is. Worth the trip for sure.

After the tour of the amazing Temple it was time to board a rickshaw and tour the spice market (Khari Baoli) The largest wholesale spice market in Asia. Has been in continuous use since the 17th century. It was crowded, loud and awesome. 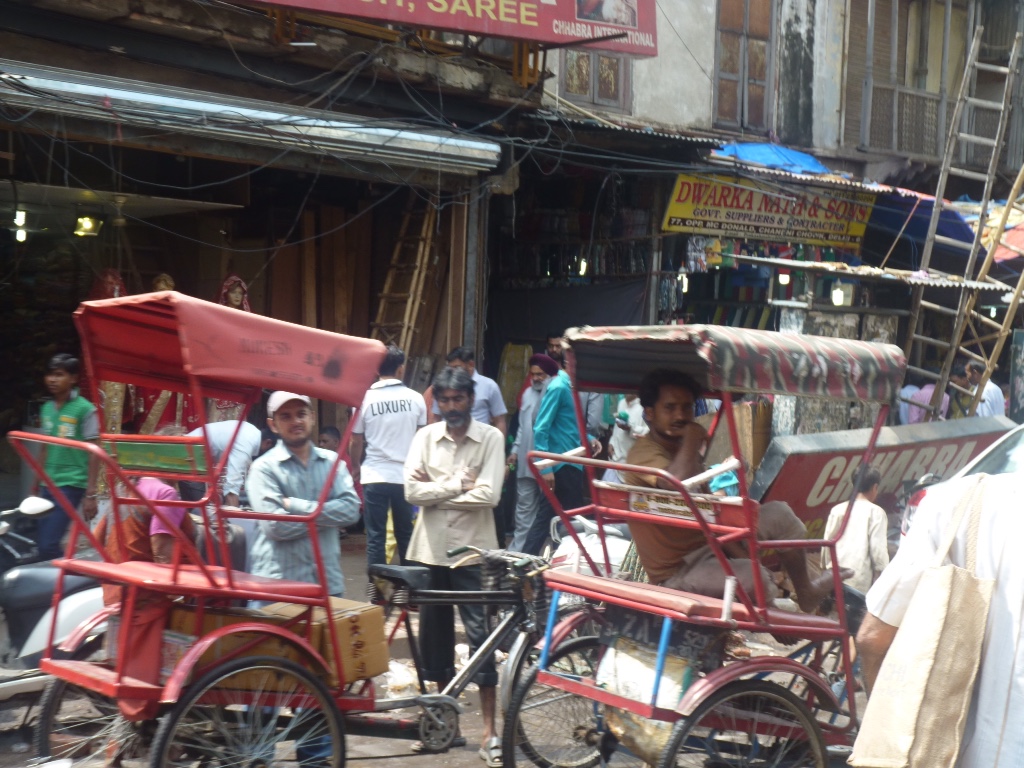 A couple of quick videos. First one is us going against oncoming traffic because, you know, that is where we needed to go:

Second one is in the actual market as we navigated the throngs.

After that adventure it was off to see the India Gate. It is very similar to L’Arc de Triomph in Paris. Commemorates the 70,000 Indian soldiers who died fighting for the British Army in WWI.

A short drive away is Rashtrapati Bhavan – the official home of the Indian President.

Last on the list for today was Qutab Minar. A 73 meter high tower of victory built in 1193 by Qutab ud-din Aibak (the first Muslim ruler of India) after the defeat of Delhi’s last Hindu kingdom. Bbuilding commenced in 1200, and completed in 1368 by one of his successors. Five distinct stories each with its own balcony. At the foot of the tower is the Quwwat-ul-Islam Mosque, the first mosque to be built in India. An inscription over its eastern gate provocatively informs that it was built with material obtained from demolishing 27 Hindu temples.

So far our impression of India has been very good. People seem happy, there is lots of commerce and action. Service is always with a smile, even in the markets. The most aggressive people were at the Kashmir Cashmere “factory” where we were taken to buy stuff. The vendors are quite polite, even deferential. Nothing like Egypt, more like Mexico.

Delhi has a population 25 million officially in 46208 square KM. By comparison Vancouver is 2878 KM and 2.3 million people. It is busy here but no more chaotic than Pnom Penh, Cairo or even downtown Cancun. I’d drive here. Except I don’t know where to go and navigating is would be a little like driving in downtown London. Everyone “drives by horn” and lanes are merely a guideline. They do stop for red lights though. I was expecting more chaos. Ravi, our guide, says that people here are worn down by the Three P’s. Pollution, People, Politics. I could see that.

Tomorrow we’re back on a plane to Udaipur. Hopefully the hotel wifi works as my cel service here isn’t yet up and running.