Today was a drive day. We headed over to Termini station to pick up the rental car. We rented a wagon, Audi S4 wagon to be precise. It's a small fortune but enables us to head to various places that we wanted to go. Trains would work for most of the stuff, but Maranello and Cortina, for example, just aren't practical. 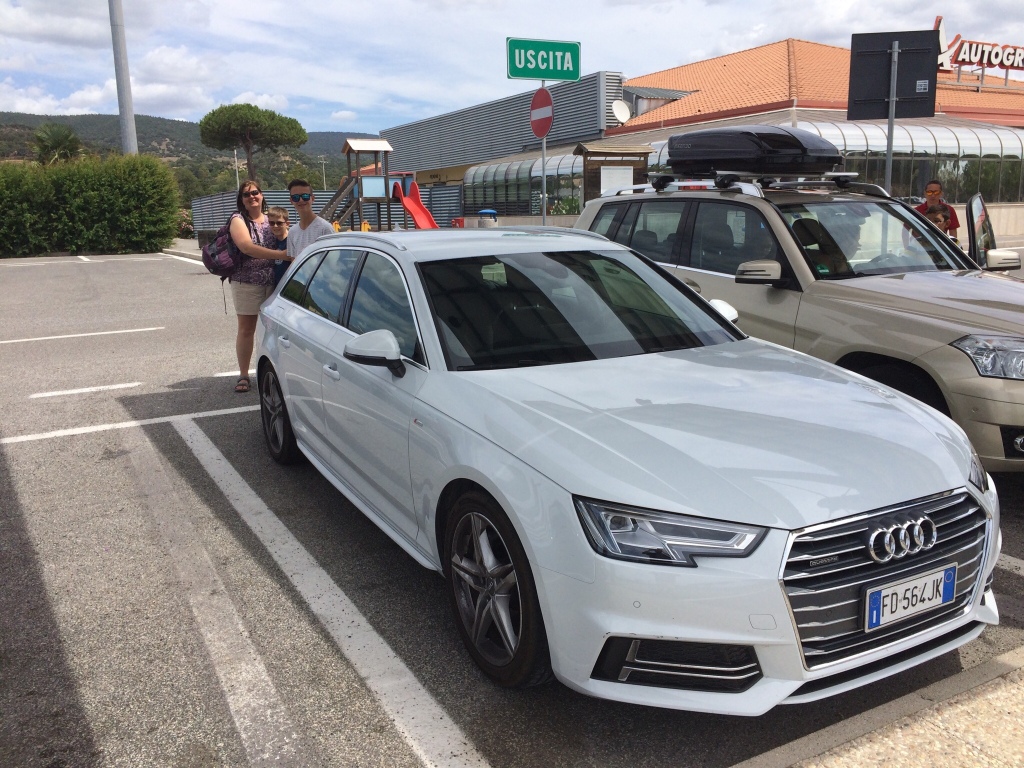 The S4 drives very nicely and has tons of power. Kind of wish they had the Autobahn here, it wants to go!

Any way, some say driving in Rome is insane, I must admit I've driven in worse. Much worse. Kris had planned out the route out of the city and Google agreed. Fairly smooth sailing and only once did I fail to listen to her and after a small u turn we were on the highway. I really do need to let her navigate and me just drive. She knows where she is going and I'm supposed to be driving.

We drove out to the coastal route. We decided to see the country side vs being stuck in some valley on some autostrada. Was totally worth the extra couple of KM.

We stopped at the Mediteranean Sea, or technically the Tyrrhenian Sea. We didn't go in but took a couple shots and revelled at the blue water.

That was in the town of San Vincenzio. It looked pretty touristy, pretty but you can tell where the money comes from. Later on the drive we got to see a lot of marble bein quarried. When we head back to Pisa we'll try and stop and see some more.

Our room is literally over the town's train station. Very quaint little hotel called Casa Dane. Lots of character and pretty cool. Also free wifi so that means Eric can watch NetFlix while we rest up.

In the train station parkade are some funny public washroom signs. We had to take a photo: 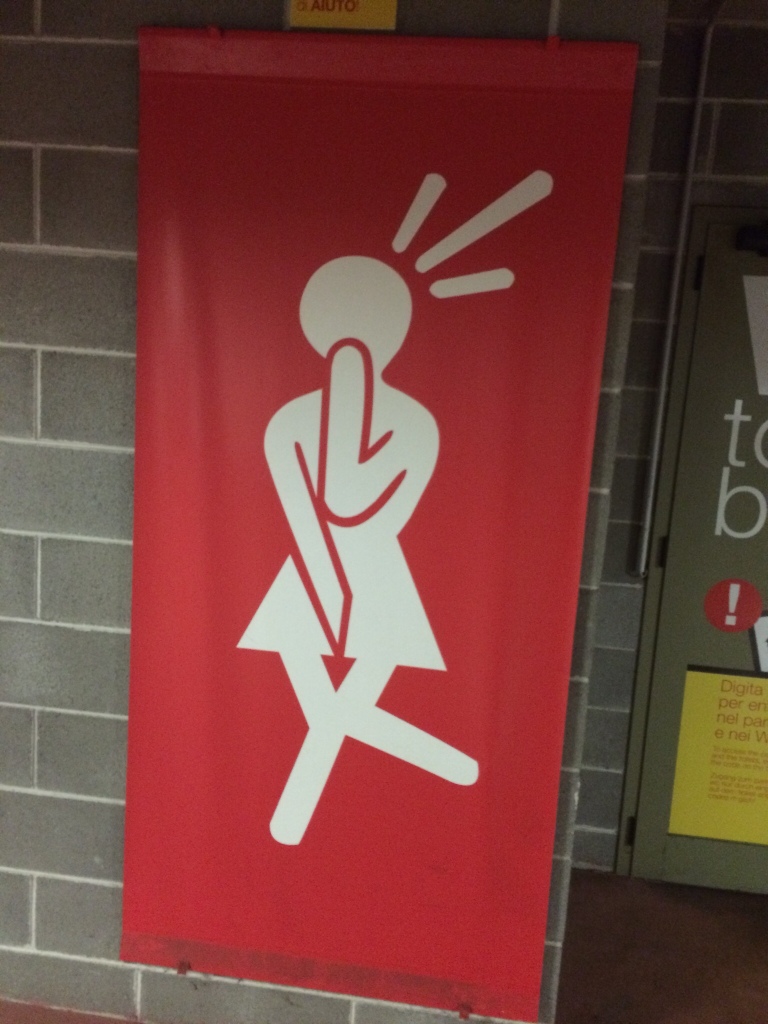 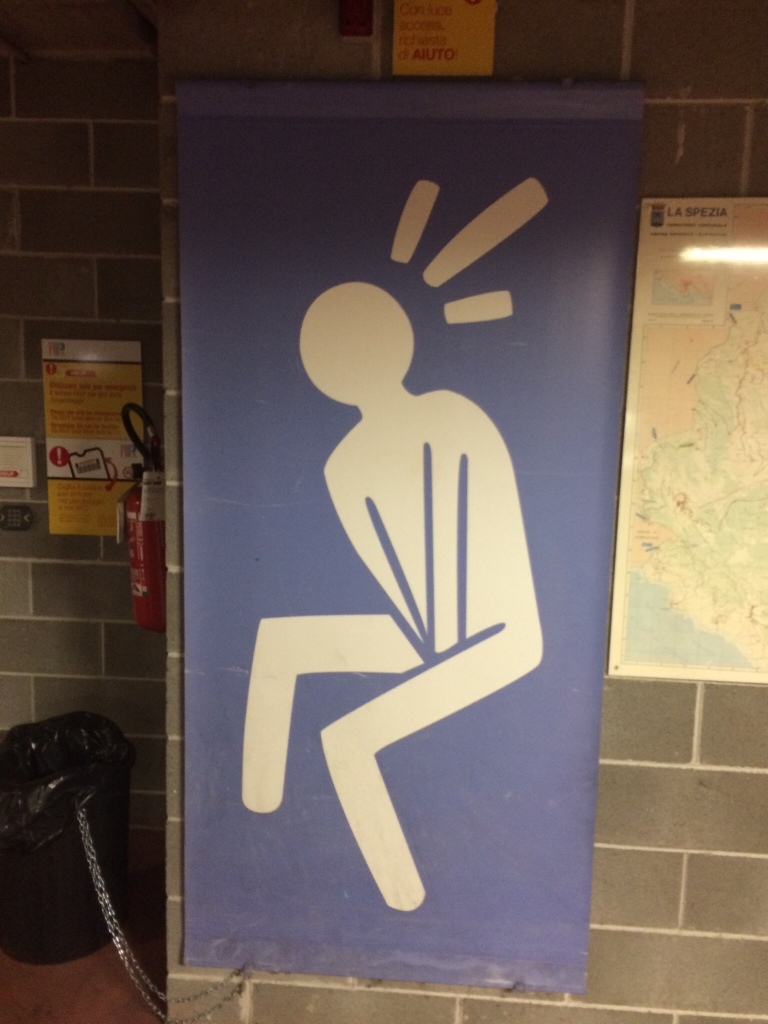 Dinner was down the street a few blocks at Bella Napoli. Great, amazing pizza and gluten free (senza glutina) for Eric. Tip, if you go there actually walk in, we went and ordered from the takeout menus which had everything we wanted but then realized you had to actually sit down for sit down meals. But we ordered completely in Italian so some confusion is expected. We did end up sitting down and all was well.

And some yummy local dark beer. Harder to find here as light beer rules the day. 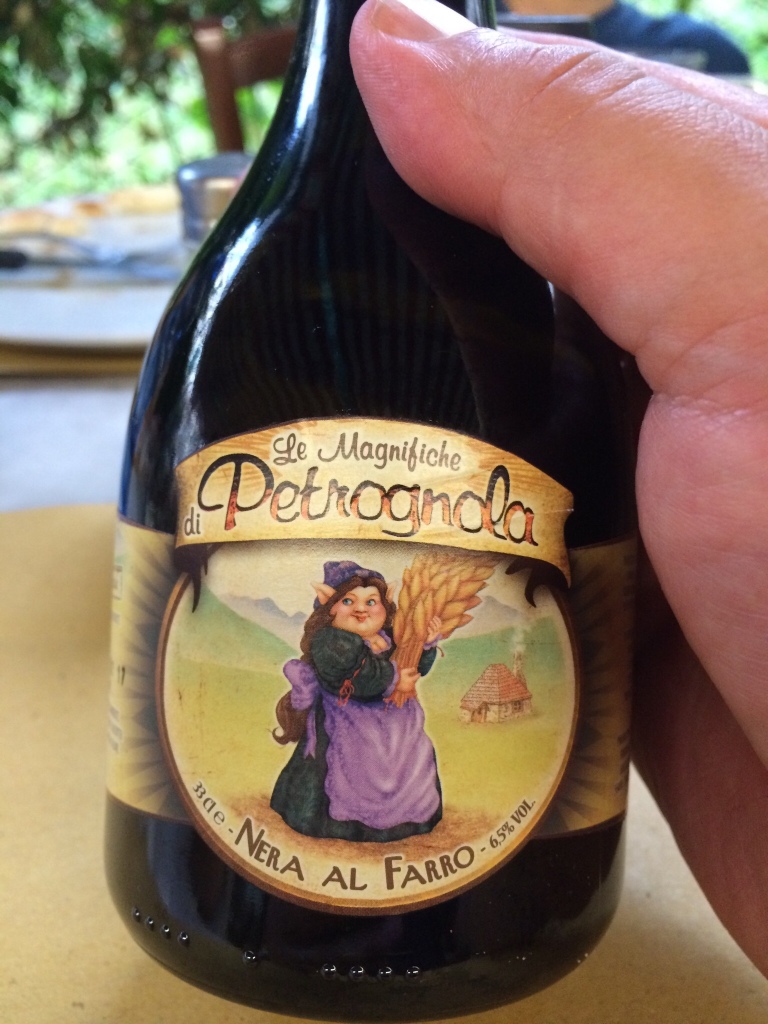 Lastly a shot of dusk down a random street on our way to dinner.

Tomorrow is Cinque Terra day. You know those puzzles of those pretty little cliff side towns that are painted all bright colours? That's them. We all plan to take photos and recreate those scenes.