Today was all about mountains. Tall ones. Spiky ones. Beautiful ones. The Dolomites can be compared to the Canadian Rockies in size. The mountains were once the floor of a shallow sea covering much of Europe. They were thrust up into the sky due to earthquake activity millions of years ago.

Our first stop was the Tofana where some of the 1956 Winter Olympics ski races took place. It is also prominent in the James Bond movie, For Your Eyes Only. James meets his Italian counterpart on a wooden balcony at the top of the Tofana, then skis down a ski jump and bobsled track, ending up skiing through a restaurant. We saw all of that today. No not Bond himself, just the sets they used.

This is a very pretty and impressive part of the world.

There are 3 sky rides. This is the top most one: 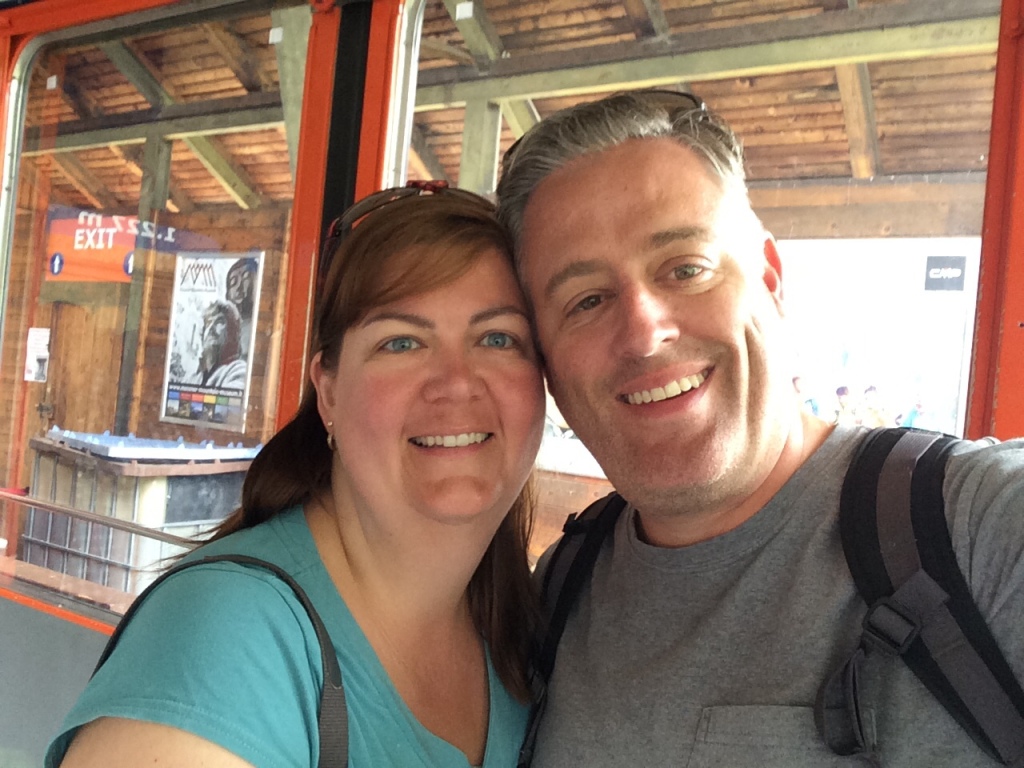 Views from the first stop:

Views from the top. Photos really can't do this justice. 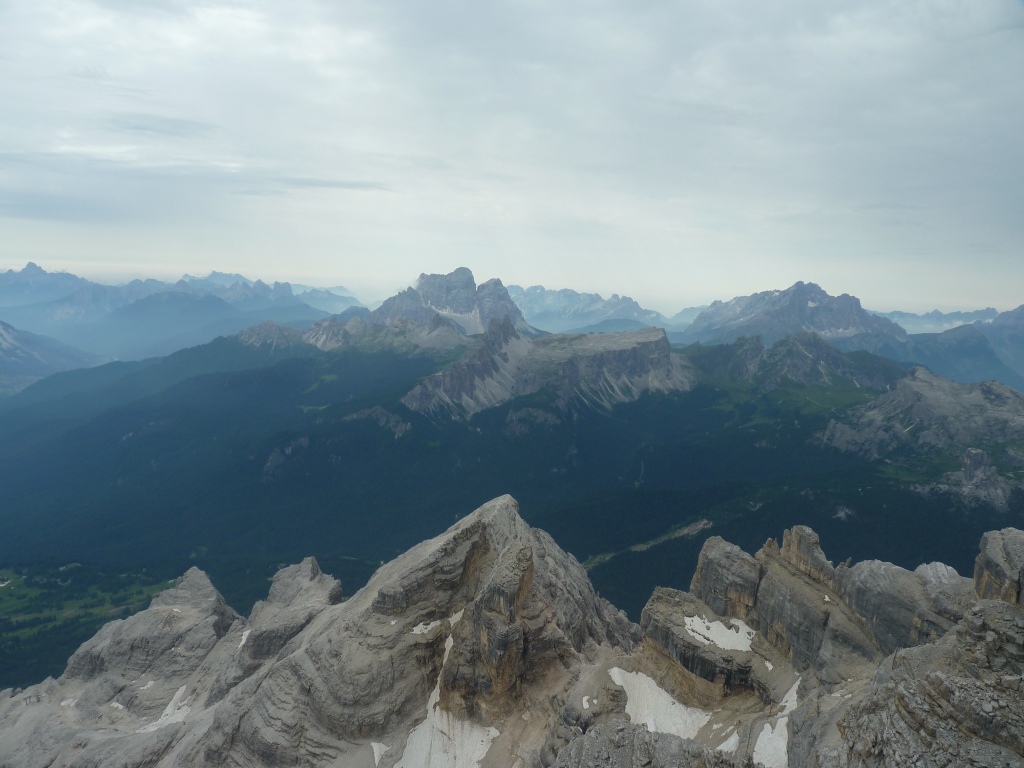 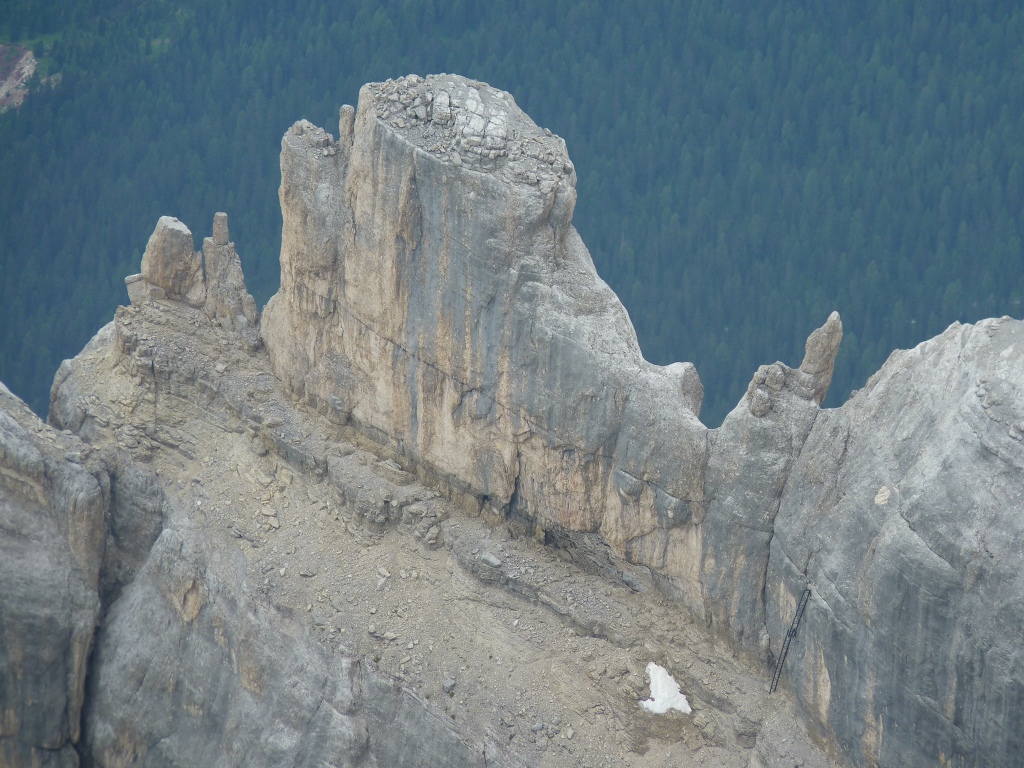 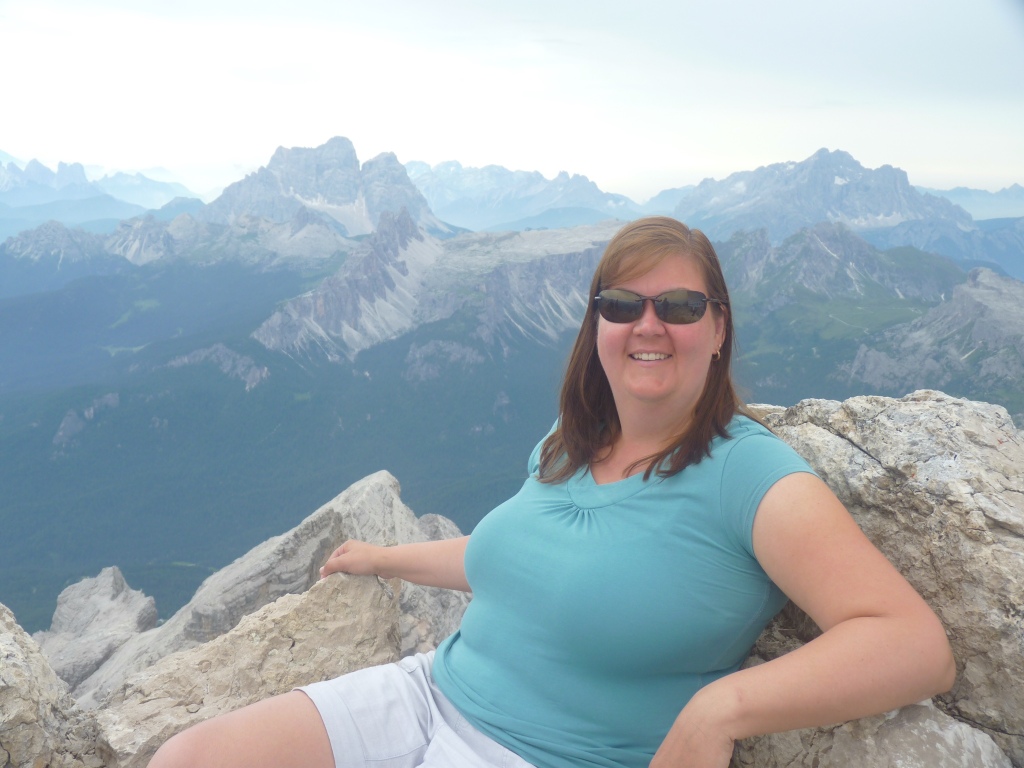 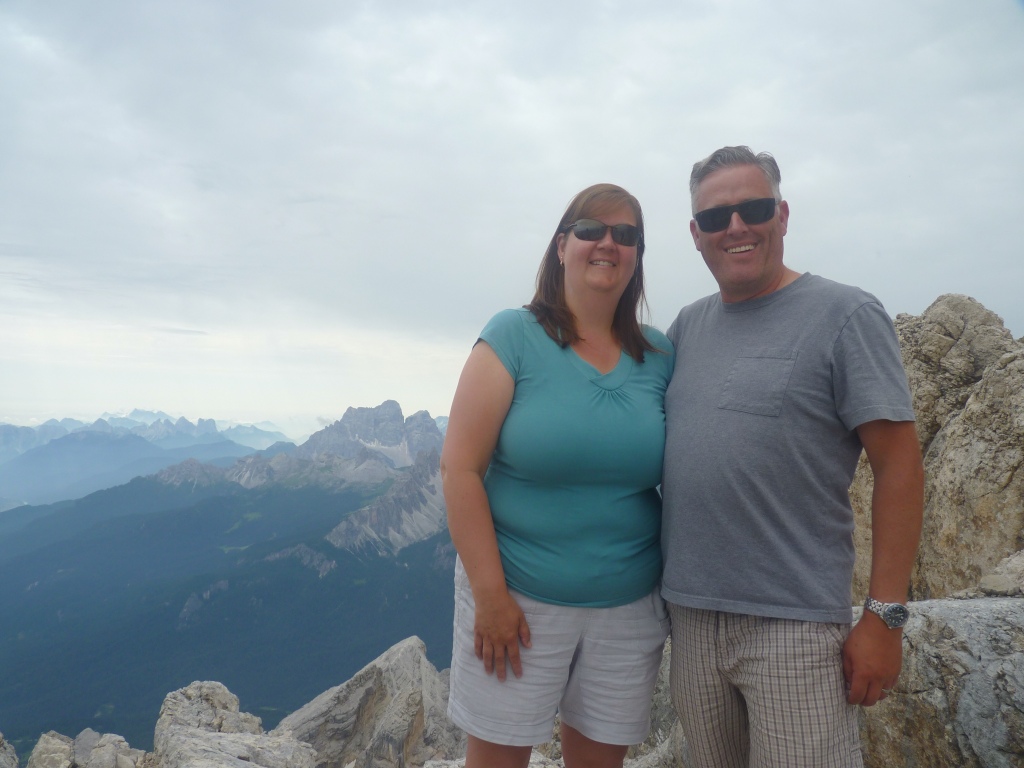 We did a bit of hiking around. 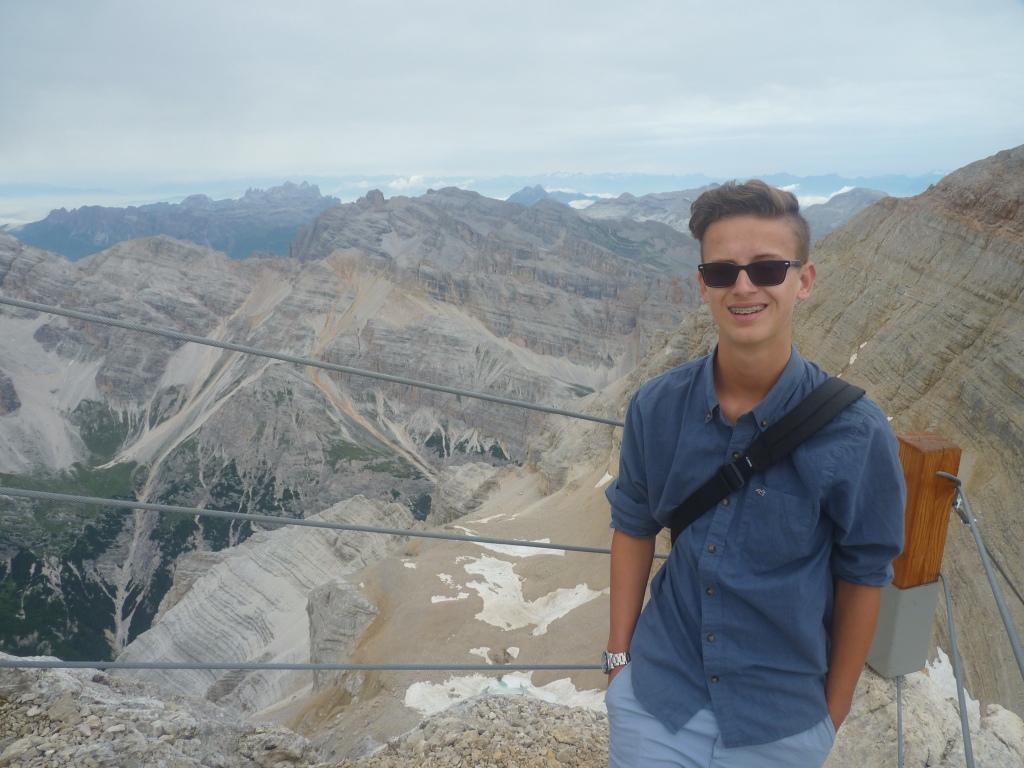 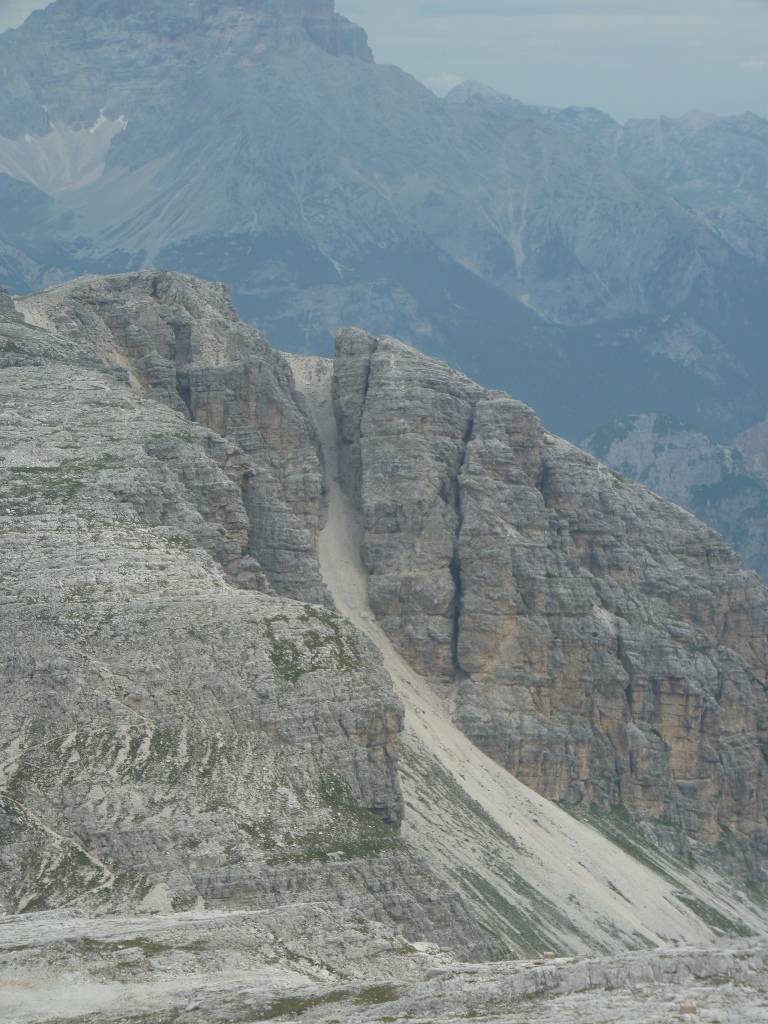 Then it was time for lunch. At the highest pizzeria in Europe.

After lunch we headed back down and drove on a crazy curvy road to Cinque Torri (5 Towers). It was a telephone relay station in WW1 and is a natural formation of 5 “fingers” at the top of a mountain. Quad chair ride up and a short hike over. 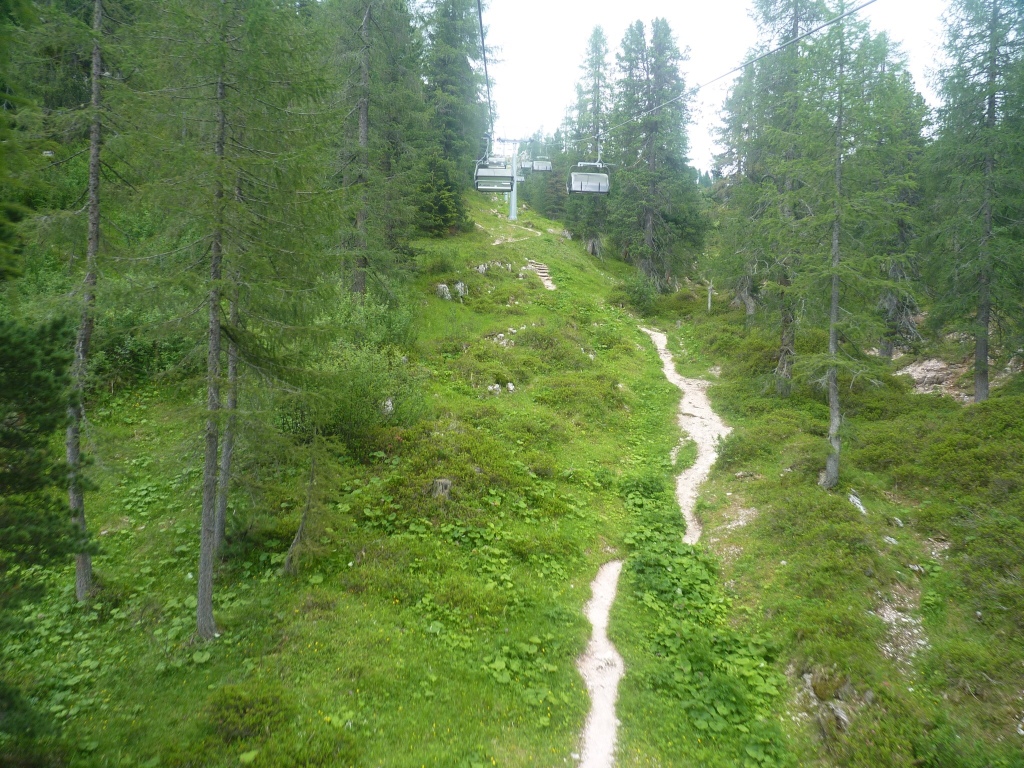 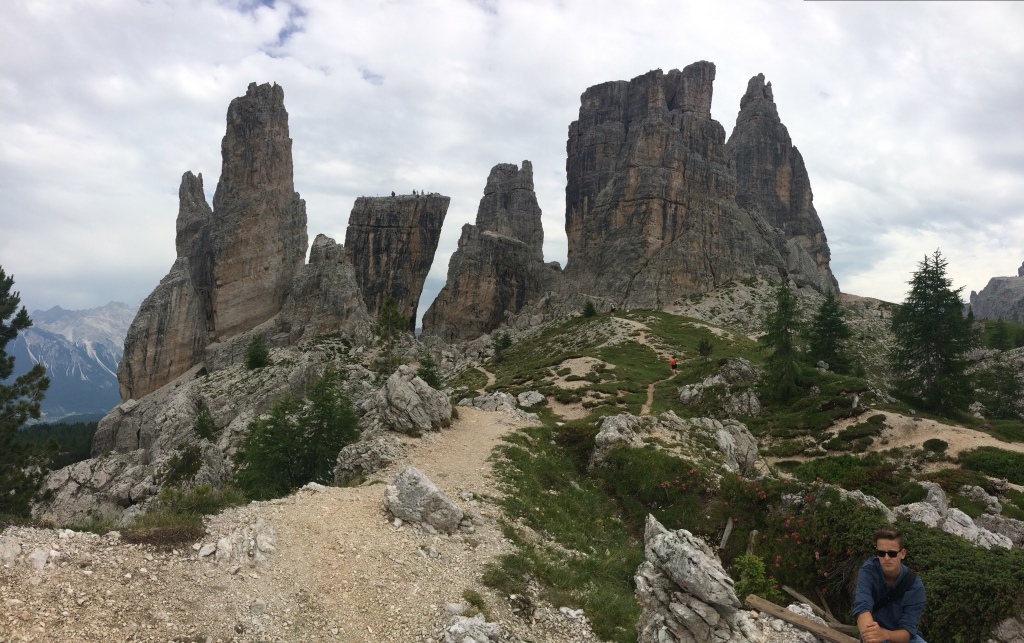 We wandered in and around them. The boys found a fissure and we went through into a small valley. Some pretty cool shots to be had. 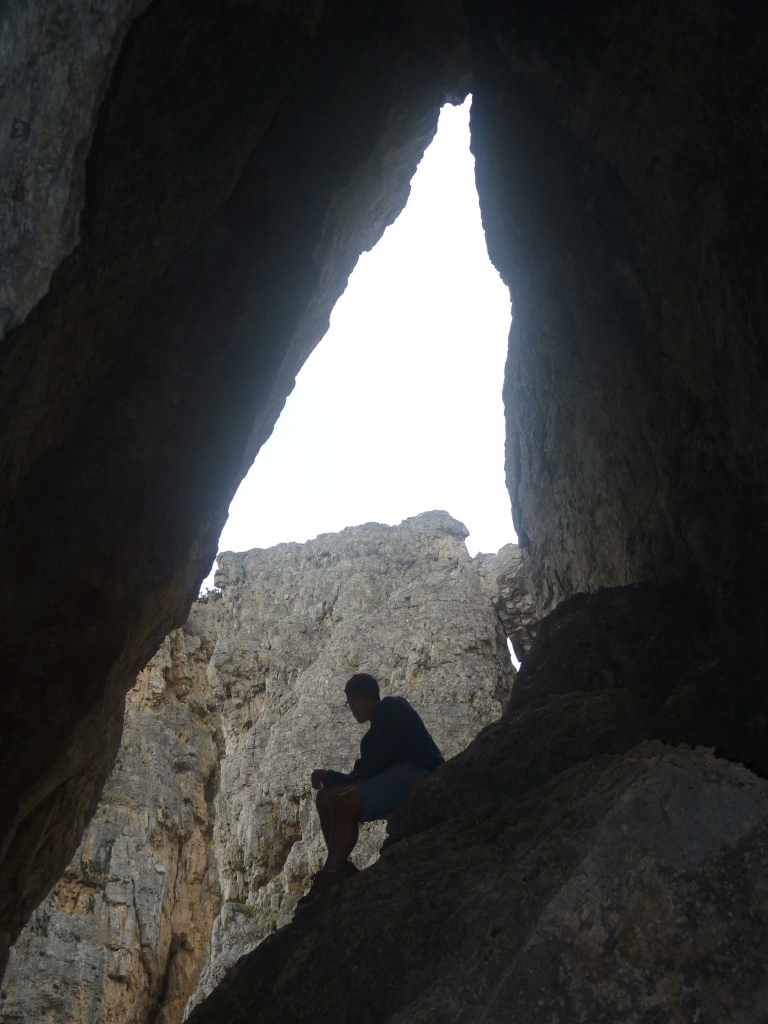 There were 360 degree views. It was hard to decide which way to look!

A panorama. The only way to sort of experience what we saw. 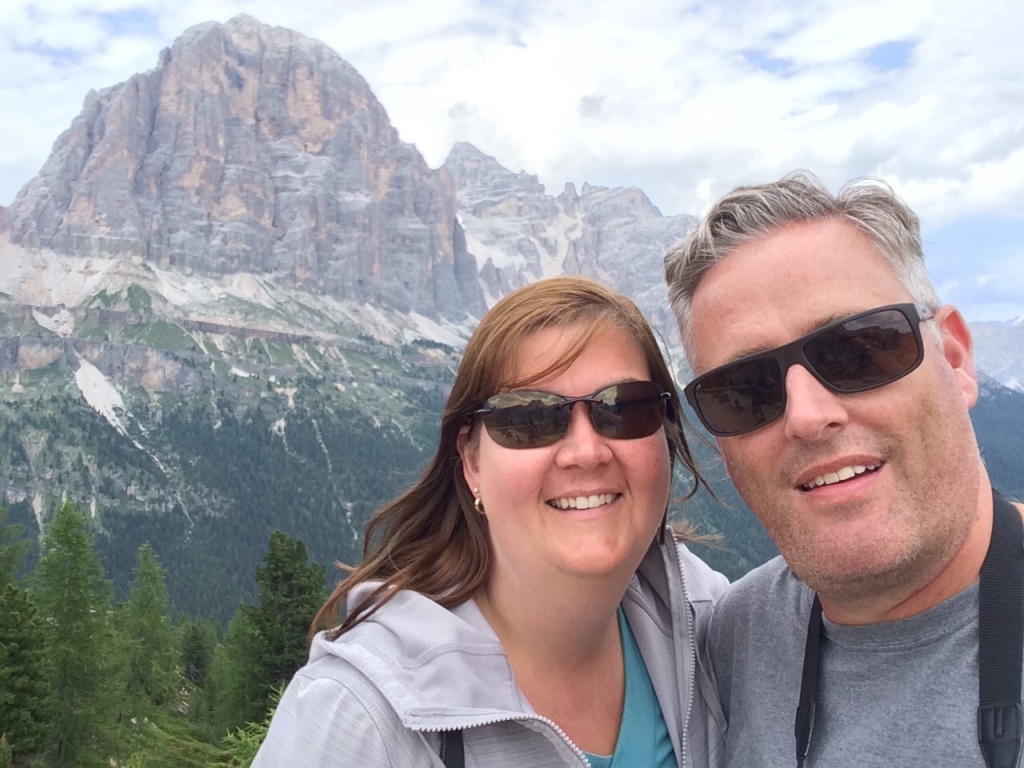 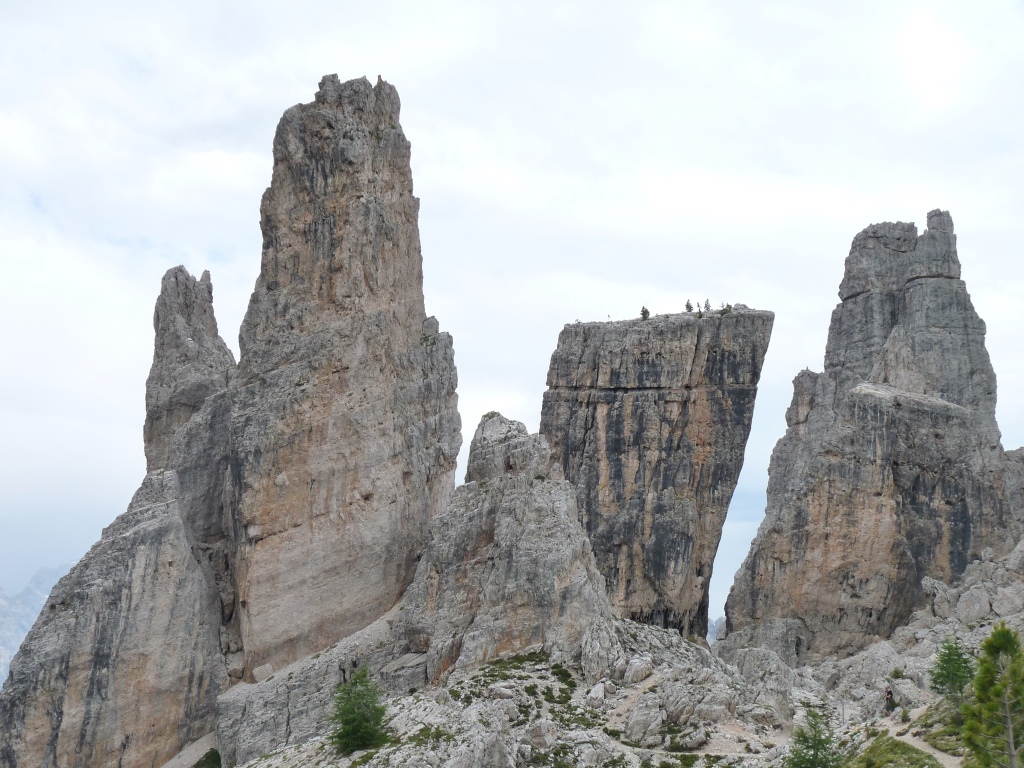 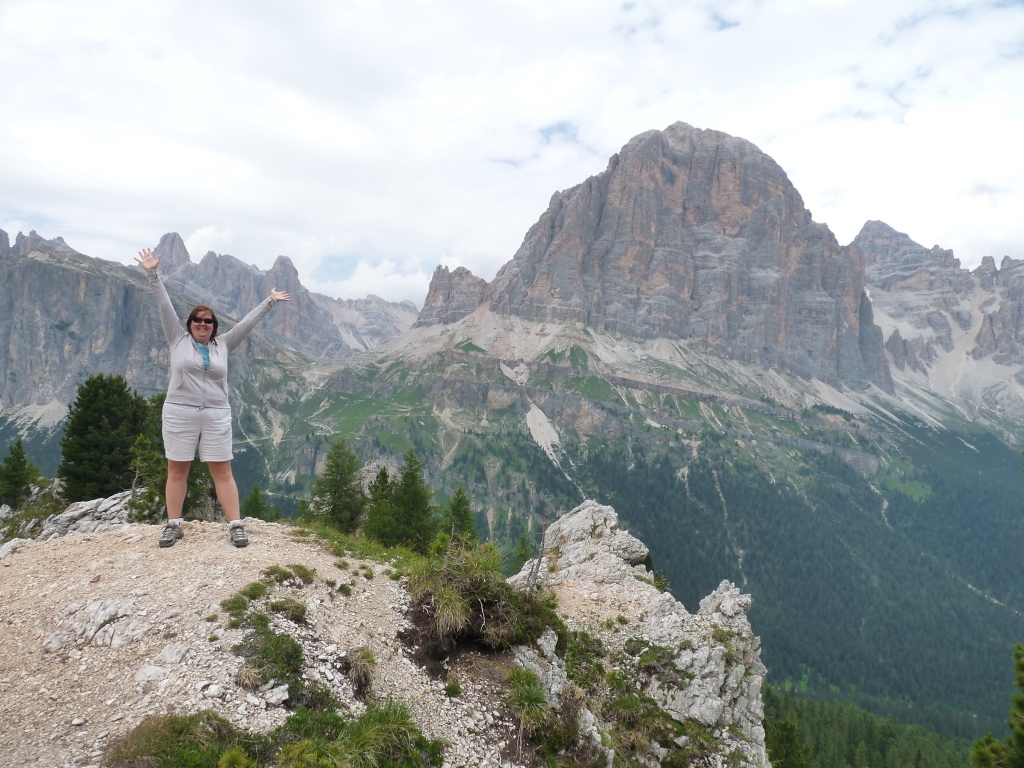 Eric got into looking at the various bits of stuff in rocks. Digging was fun.

We then hiked a very short way to a small lake. Serene was a word that came to mind.

After a short break back in the room we went back to Al Passetto for dinner. Good gluten free choices and Kris' pasta was amazing. Ryan and my pizza was decidedly average. But given the level of goodness we've had so far that quality bar is pretty high. During dinner the thunder showers that had been predicted finally arrived. Thankfully the patio we were on was covered. A good excuse to linger and have dessert right?

Tomorrow we pack up and have to really organize as we head for Venice and drop the car. Back to boats and trains from now on. I've really enjoyed driving and we've certainly taken advantage of extra side stuff that you can't do when on a train schedule. But for the rest of the trip trains make way more sense.