Venice is made up of reclaimed land and islands. Today we toured two of the outer islands.

Murano is known for glass works and Burano for lace making and its multicolored buildings.

We took the Vaporetto from right outside our hotel to Murano. We'd read that some of the galleries are tourist traps and fakes with glass trinkets made in China. And they were there. We wandered around a bit and came across a “real” glass factory. One of only about 20 left on the island. 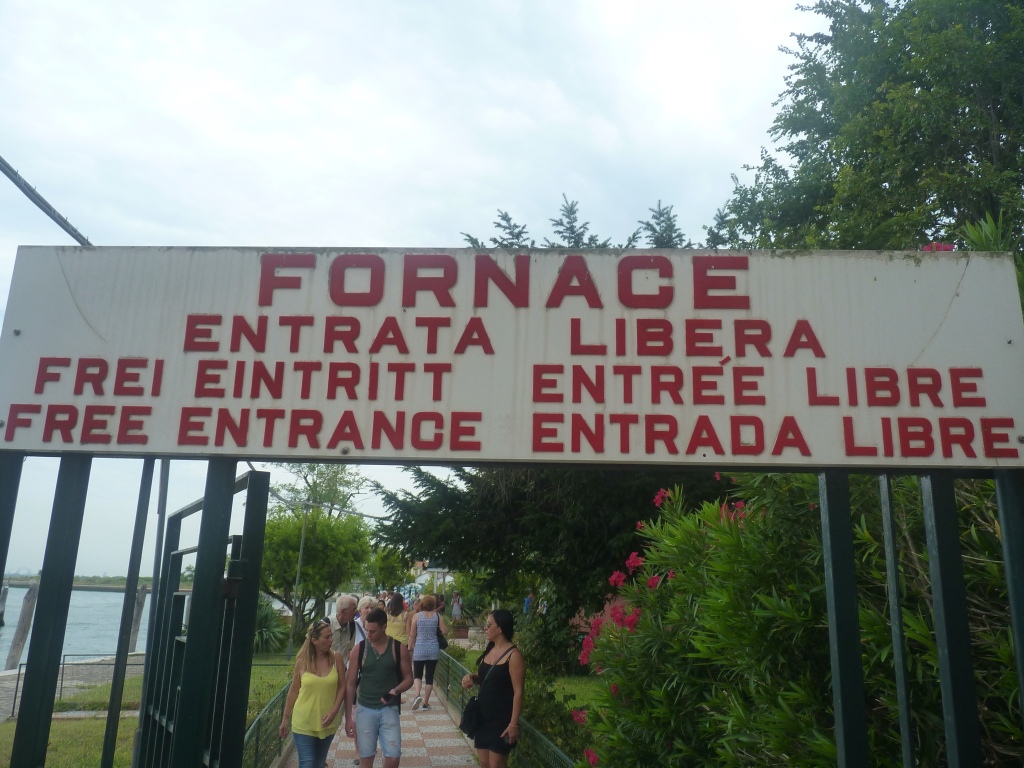 Yes it was set up for tourists but at least it was real.

Colored glass to make patterns and such. Reminded me of the boys' melt beads that were so popular a few years ago (from their daycare days!)

And the master who was doing demos. He has 34 years experience. The horse took him less than 3 minutes to do. He made it look so easy!

We were then led into the gift shop of course. Beautiful stuff but not cheap. We found a green and blue wine glass we both liked for €250. We also managed to talk our way into the private gallery. Holy crap that stuff is amazing. But it starts at €1000! We found several things we liked. One was a sculpture of several square rolls of glass, hard to explain but it was €13,500. And the other was Saturn, yes the planet and all the moons and rings. I think that was €18 000 plus. The sales guy did say shipping and insurance were included and we could get a photo of the artist with us and the object if we bought one. The deal is getting sweeter…. But I'm kinda short a few Euro.

I so wish we could have taken photos, but the masters are true artisans and do not want anyone stealing their techniques or ideas.

We wandered around a bit more and found some more cats. They were fat and friendly. Lunch was in one of the larger piazza's and was a bit of a disappointment. Ryan tried a hot dog, which was a weiner weirdly cut up and no bun and I had a fairly bad pizza. Can't win 'em all I suppose.

We then took the Vaporetto over to Burano. Burano is another island in the Venice lagoon, actually an archipelago of four islands connected by bridges. Known for the colourful houses (possibly to identify your own when you came home drunk!). When someone wants to paint their house, they must make a request to the government, who may tell you what colours you may use.

Kris putting her hand in the lagoon. It didn't melt. We have heard of the nasty, stinky, polluted canals of Venice but really haven't had any issues while we have been here. Lots of people have been swimming too. 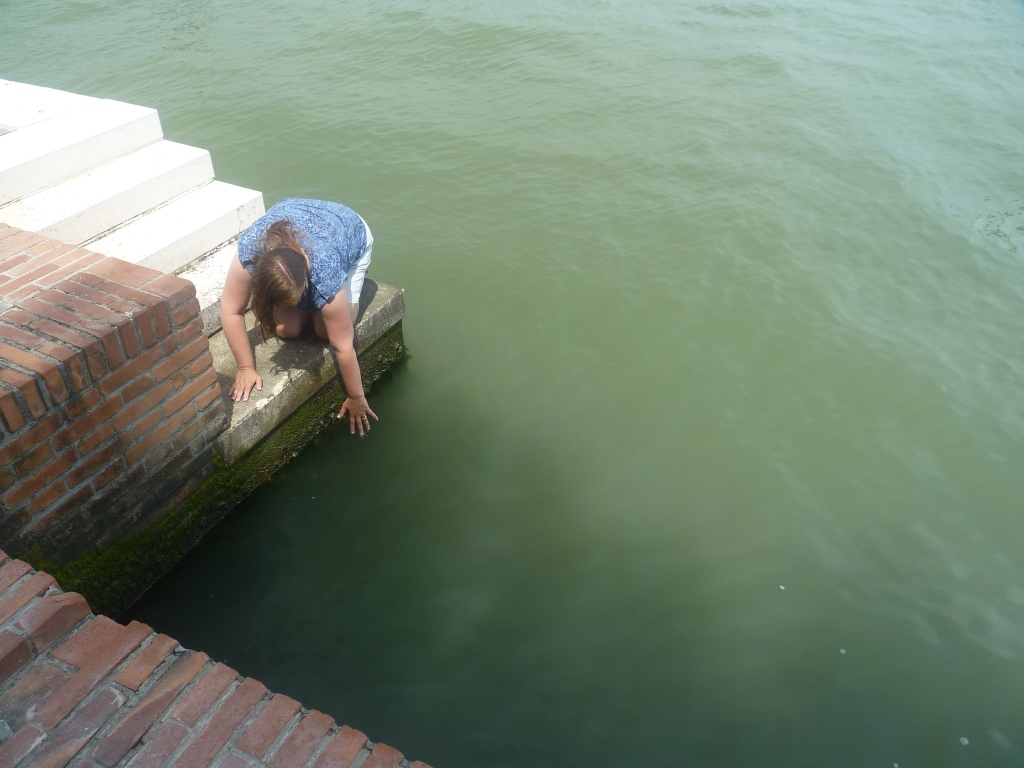 Some canal and house shots. 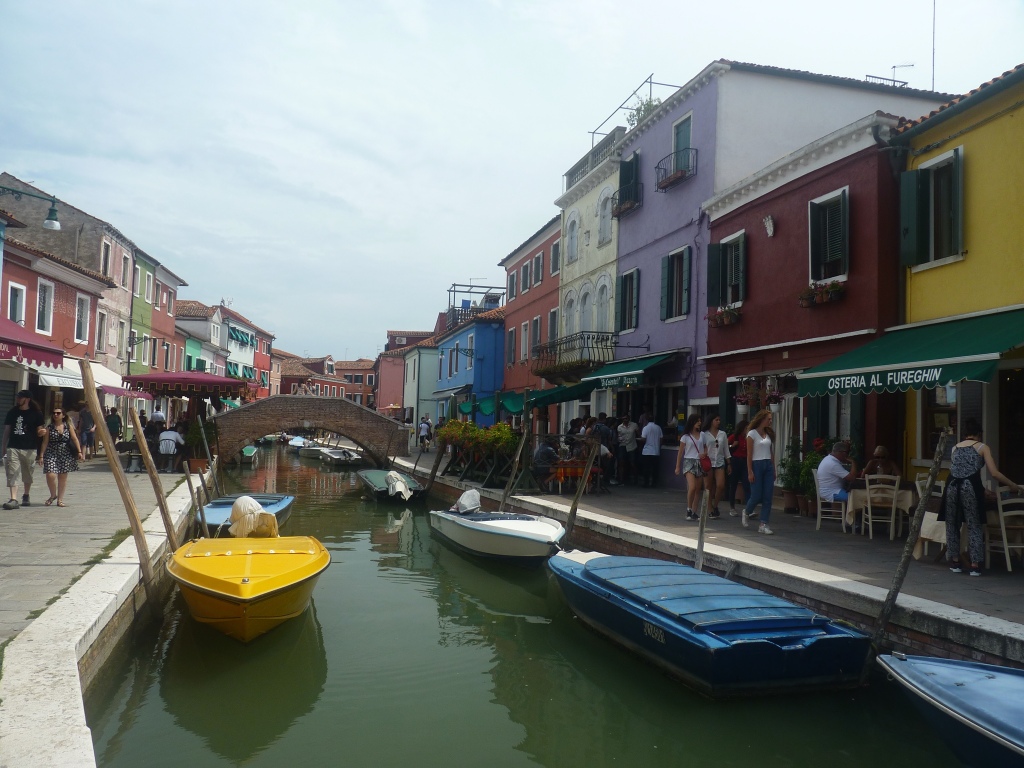 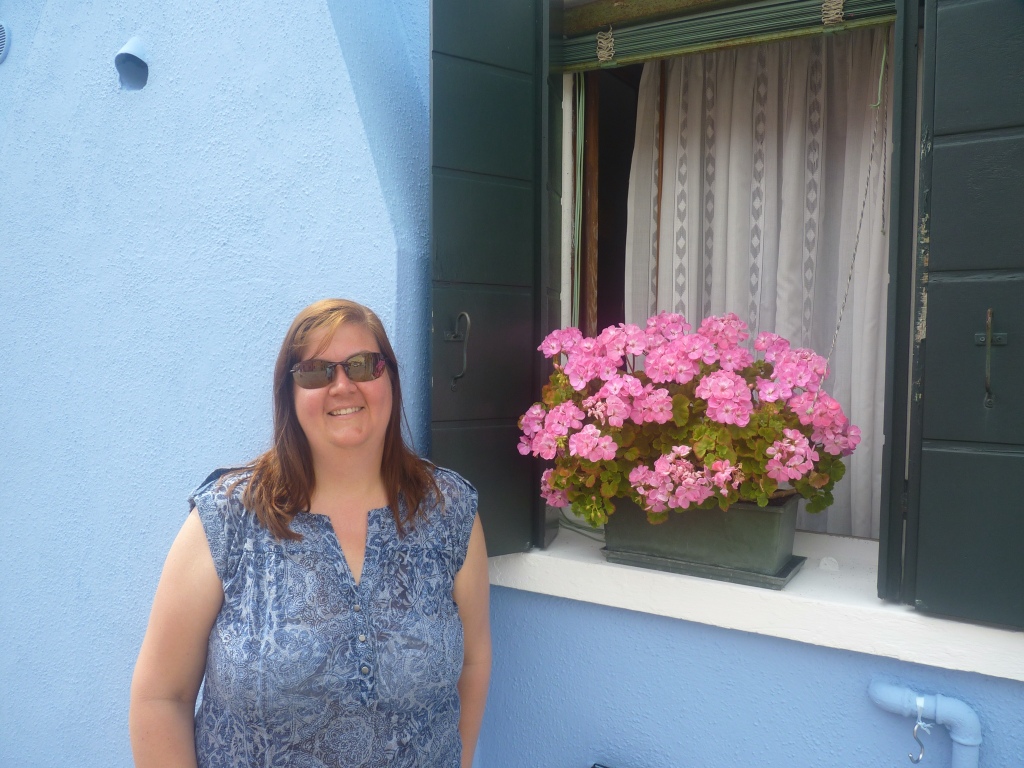 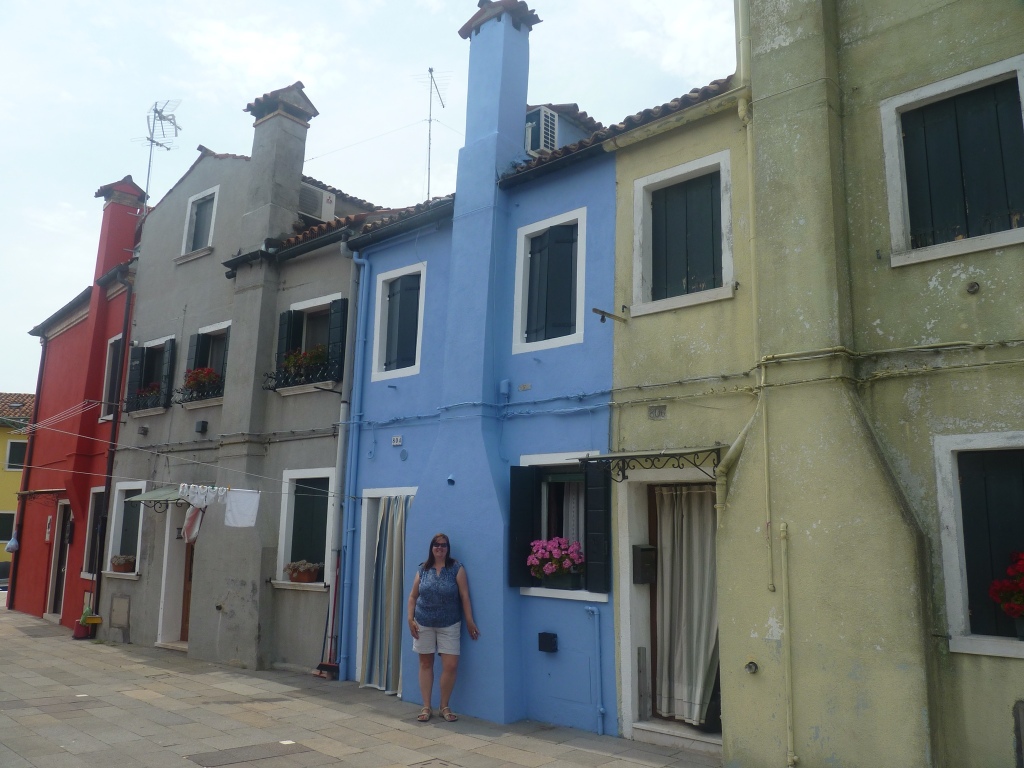 Some needed a little more help than others. Apparently they have not received their permission to re-paint!

Then there was the Church of San Martino. It has a leaning campanile (bell tower). Oops, maybe the same engineer as Pisa got more work?

A shot from the Vaporetto on the way into port.

One last pretty house and canal shot before we got some gelato per Eric's needs and returned back to the hotel for rest before dinner. Humidity is a killer here.

Dinner was back at the same place. It has good pizza and gluten free food. A hard combo to find in Venice. I finally had lasagna. It was good.

Tomorrow we are off on a rapid train to Naples. Time for Neopolitan Pizza in Napoli!