Today it was back on the train to Pompeii station for a volcano day. We boarded a shuttle bus at the train station. It had very limited seating and we all had to stand for 15-20 minutes. Quite a bumpy ride too. Then at the National Park entrance we changed our voucher for a park entry and boarded a Unimog converted to a bus with comfy seats and seat belts. Except none of our seat belts worked. An even more bumpy 20 minute ride up switchbacks took us close to the crater. Then it was about another 20 minute hike up to the crater, where there are hawkers and a tiny Cafe including a guy with wine kegs. 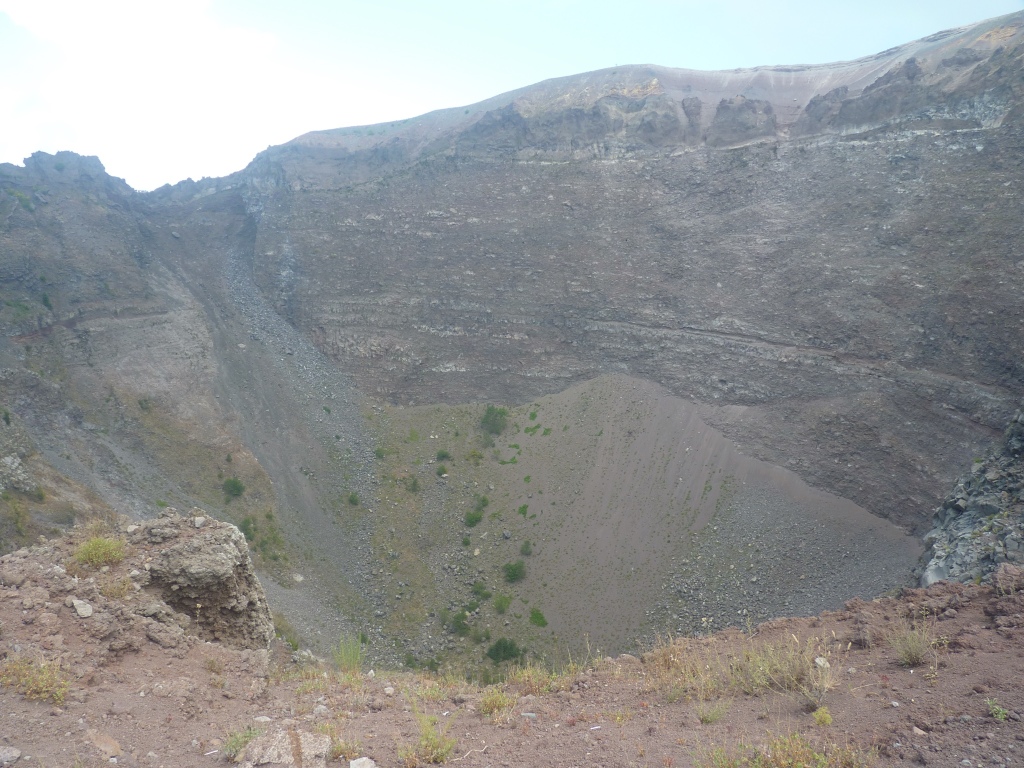 It was was cool to see another volcano. I must say though the operator was highly disorganized and it caused undue stress on us. Things like busses too full, not enough seats on the unimogs. Next unimog in 1 minute which really was 10. It added some extra confusion and delay. Not something we were needing on a relatively tightly scheduled return to Naples. The real deadline was the return prepaid high speed train to Rome. Because of the delay dinner was train food and a quick stop at McDonalds. Not a fine dining way to end the day. We were all hot and beat by the time we arrived.

We are back at the Yes Hotel which is the same one we started in. Adjoining rooms so 2 bathrooms and separate kid and parent areas. Nice way to start and end.

Tomorrow is off to continue touring the Eternal City.