After leaving San Cristobal around 11pm we cruised overnight to Espanola Island.  We went for a 7am hike via a dry landing.  We were met by sea lions lounging (of course) and a different kind of marine iguana. 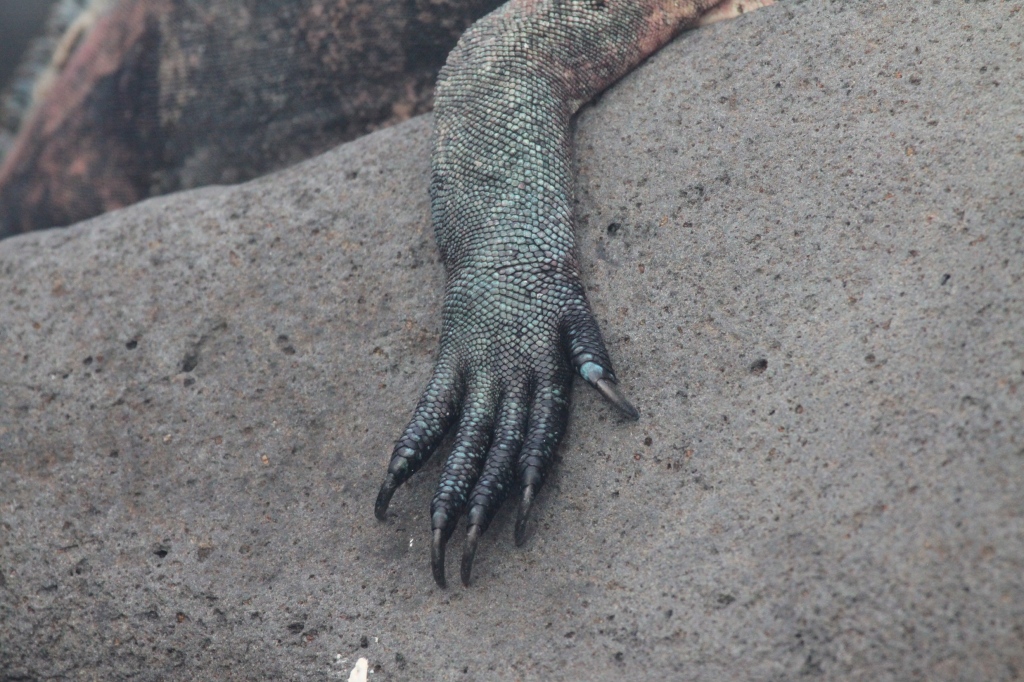 Then it was time to move on to the cliff area where Nazca boobies, swallow tail gulls and tropic birds nest and rest. 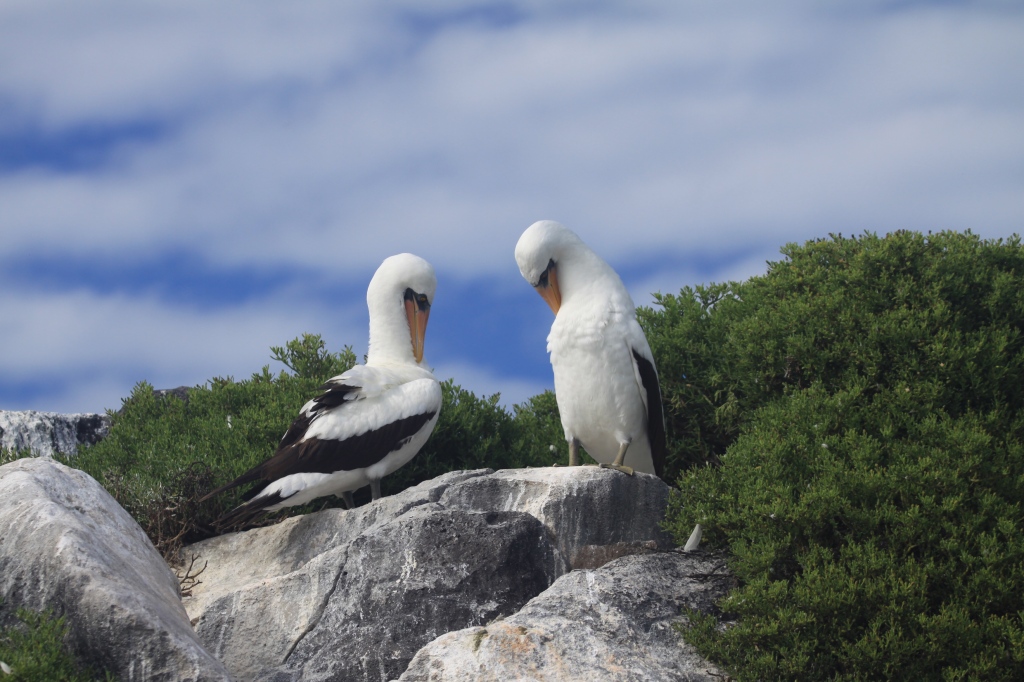 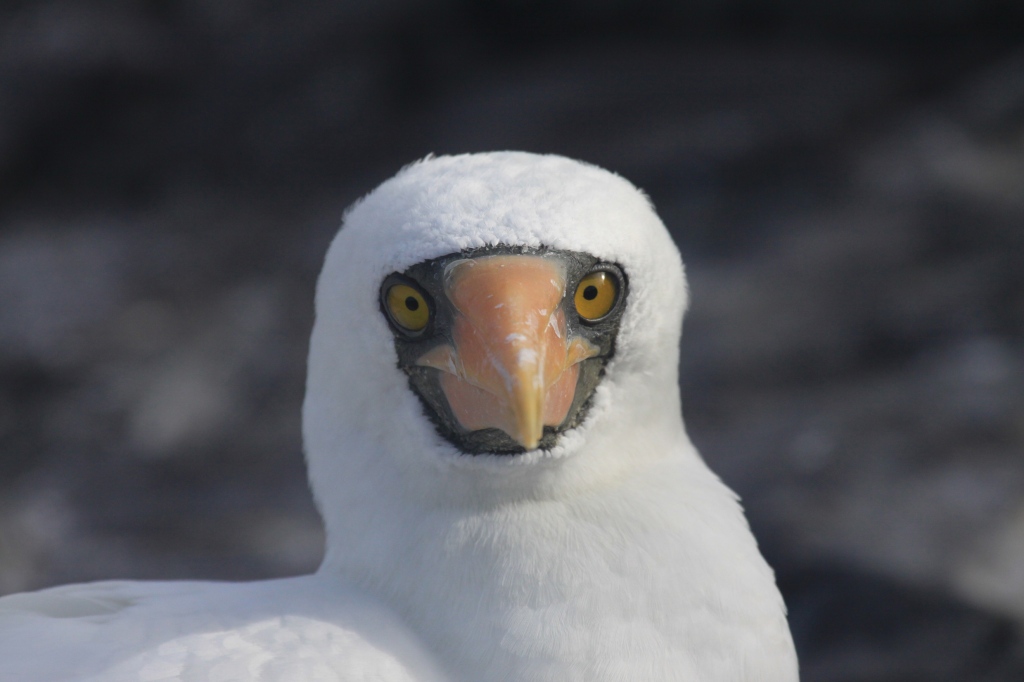 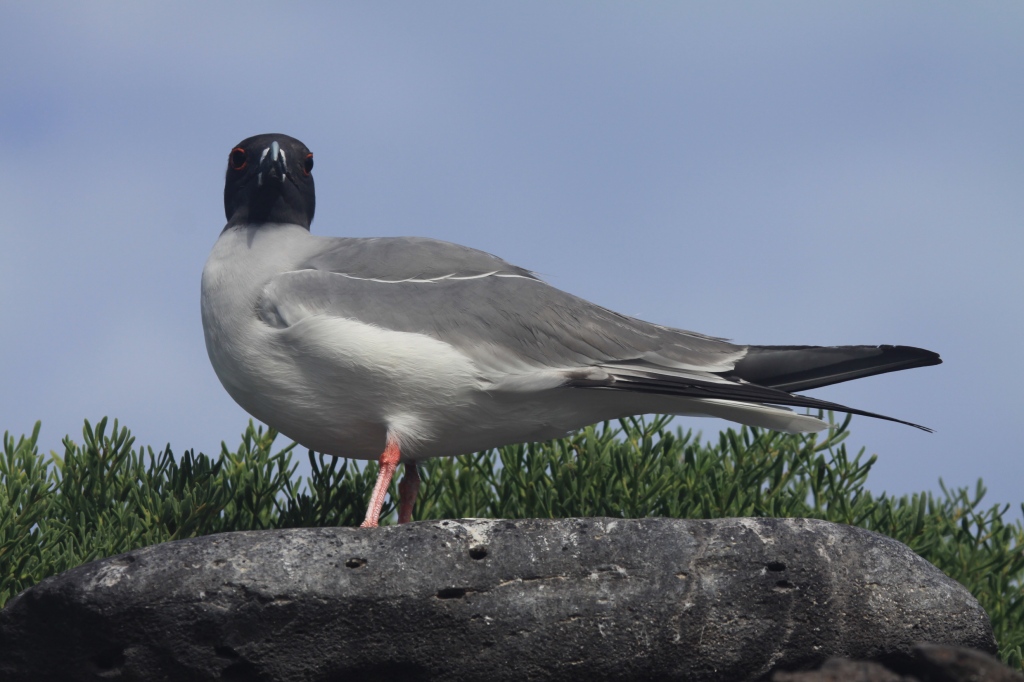 And the highlight of the morning, Albatross! 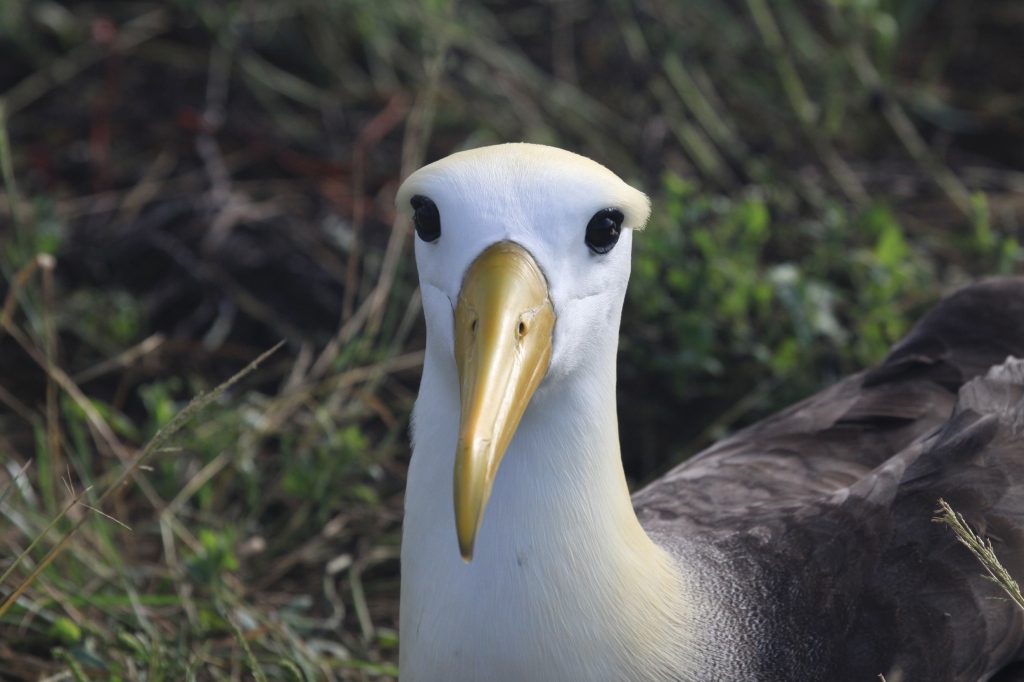 Here is an egg in a nest.  They lay one egg per breeding season.  As they are about to hatch mom rolls them around to help the baby come out faster.  I don’t think the babies hatch dizzy.  I sure would.

In the middle of the 3 km hike we arrived at the lava blowhole.   There were some great spurts.

We then headed back to the boat to cool off and cruise over to Gardner Bay / Gardner Islets.

I have a had some issues with my waterproof camera but have managed to trade some of my land photos for other people’s water ones.  So here are some of the sea lions we played with yesterday and today.  I have lots of video too.  We will  upload when we get home or when we get faster internet. 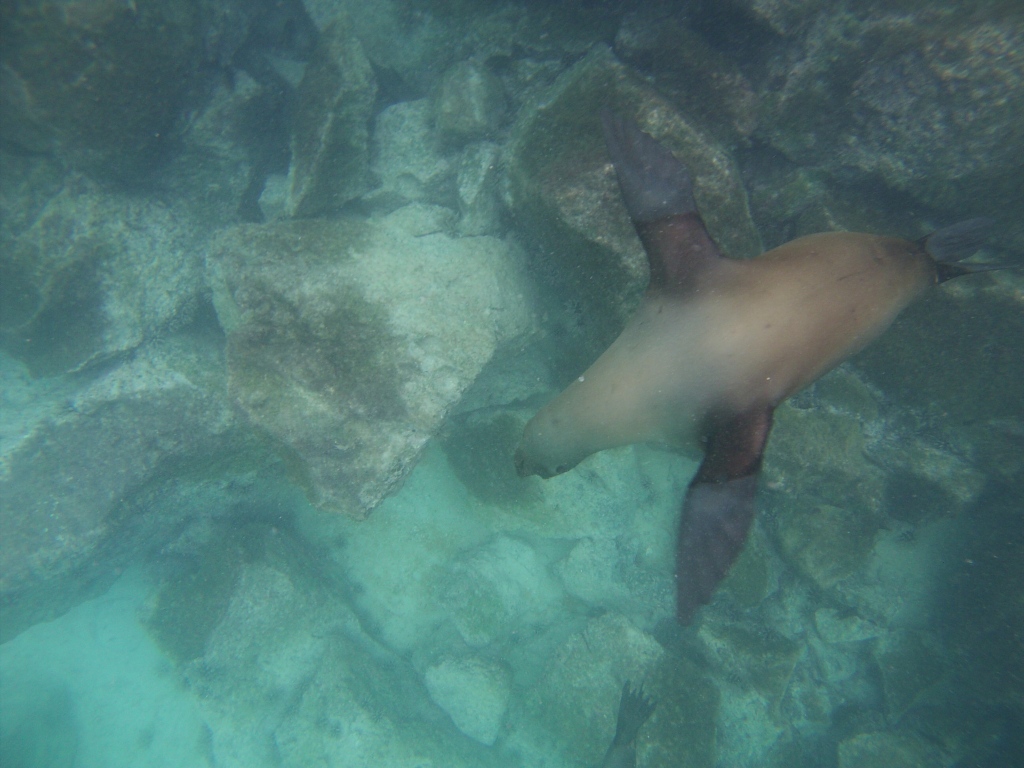 Yes they are that close!  They like to swim right up to us before veering down and away.

Lastly on the beach there were some young sea lion pups in a small lagoon on the beach.  I found a long stick and broke it into 3 pieces.   Then we played fetch.  Yes we played fetch with sea lions!  They weren’t always so good at returning but they did more often than not.  They controlled the stick with their noses and flippers, sort of like a soccer player.   These guys are so much fun in the water and on the beach.  I could play here for days.

Tonight we sail to Floreana Island.  We will spend the morning there, then sail back to Santa Cruz in the afternoon to learn about Charles Darwin and the Galapagos tortoise breeding program.