This morning we had a fairly early start. We had a 930 train to Chengdu but an hour drive to get to the station. We had elected to stay closer to the terra cotta warriors as the air is better than Xian city proper. Perhaps that is why there was far less English in the hotel. I must admit our hotel did grow on us. There were still some oddities. Such as each hotel staff’s name tag only having a number vs an actual name. I couldn’t get FN2187 out of my head, but maybe since it was May 4th it was appropriate?

Once again we were on a high speed train. The old train tracks wove through the mountains but the high speed one tunnels straight across. It makes the trip 4 hours instead of 12. After we got to Chengdu and out of the secure area of the terminal we met our guide Luna (“not lunatic” – her joke). She is very sweet but slightly hard to understand. I’ve taken to asking what is manufactured in the cities we are visiting given that China is the world’s factory now. Turns out our iPads have come home. FoxConn (the contract builder for Apple) builds 70% of the iPads here.

We are in Chengdu for so little time so we arranged to visit a few places on our way to the hotel. The first was Du Fu’s Thatched Cottage. The actual cottage is surrounded by a 24 acre park built in honor of the Tang Dynasty poet, Du Fu. It is a very pretty spot with pathways and bridges and lots of bamboo!

Du Fu was born in 710 and is regarded as an important poet of ‘realistic’ as opposed to ‘romantic’ style poetry. School children regularly memorize his poems and many have been put to music. Luna taught Kris a ‘song’ of Du Fu’s. 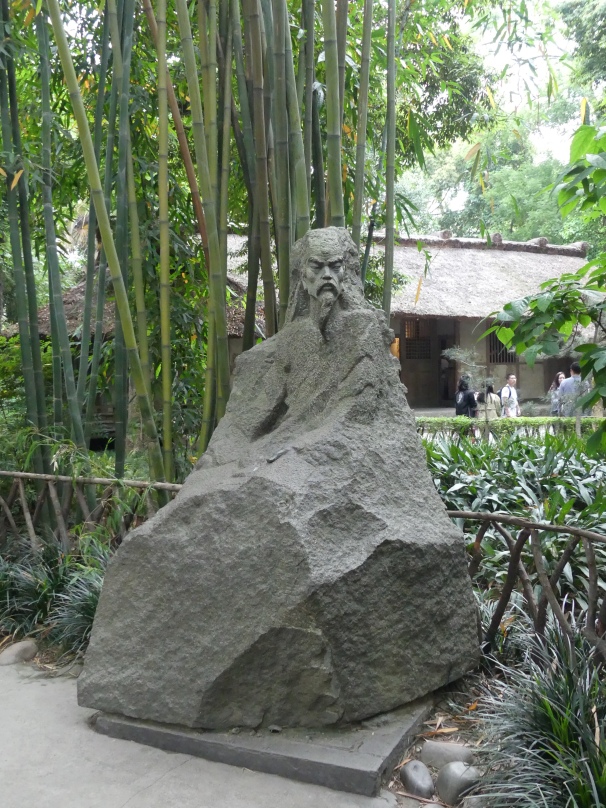 His thatched house is in the background.

Lots of statues and bas reliefs of dragons 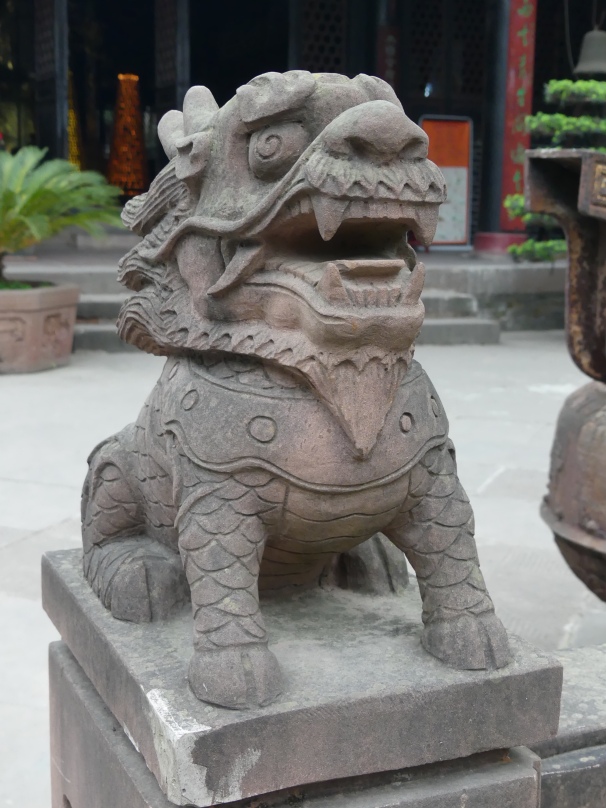 The whole place was first built in the Tang Dynasty which was around 1000 years ago and rebuilt during the Qing Dynasty.

Taoism first introduced the concepts of Feng Shui and Yin and Yang. Details are complicated but the basics are that everything has balance and you can keep yourself in balance by practicing Feng Shui. 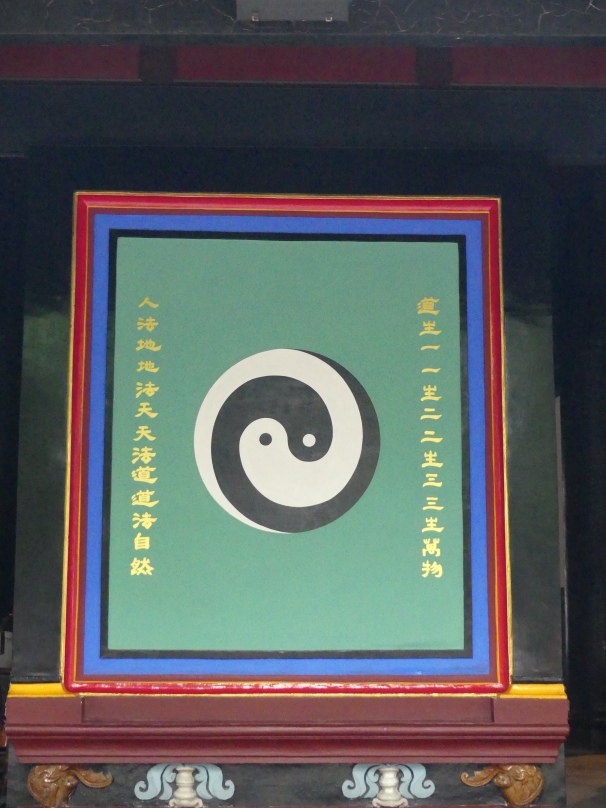 A couple sneaky shots of the Taoist Monks 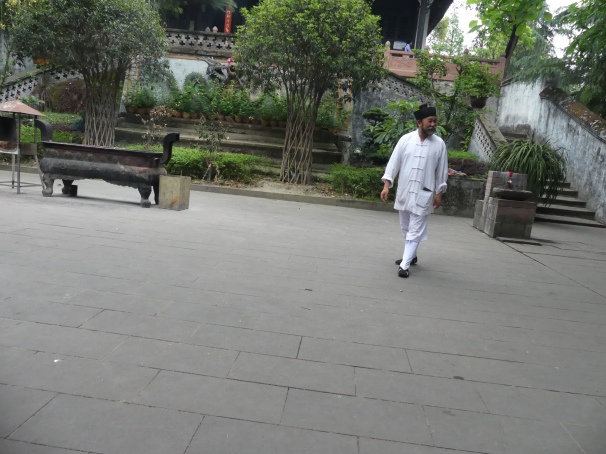 Us in and around the temple grounds. Female lion on the left and male on the right. Have to keep the balance correct.

We are in the Szechuan Province which means spicy food for Dave! The history of spicy food here is due to the high humidity. The locals believe in balance so if your body is cooled by too much moisture, you must eat spicy foods to warm it up (or something like that).

We finally got to our hotel which is another funky one. Right on the main historical street it’s a tea house as well as hotel. Apparently there are 8000 tea houses in Chengdu! 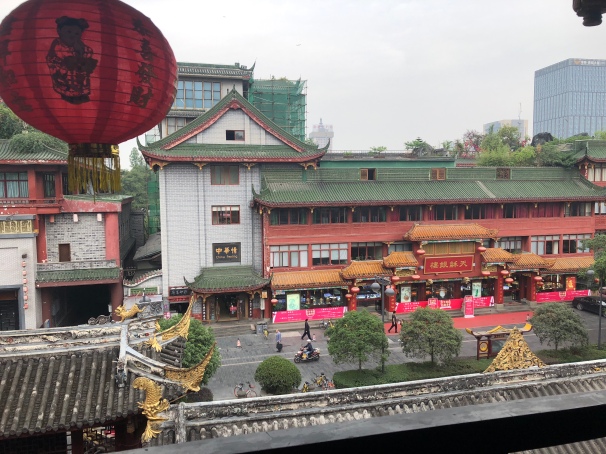 Our hotel at night. We have a 4th floor, the top one and our room is about in the middle.

Tonight we went to the Shu Feng Ya Yun Sichuan Opera. This includes acrobatics, fire breathing, face changing (rapid removing of masks), and a puppet show. 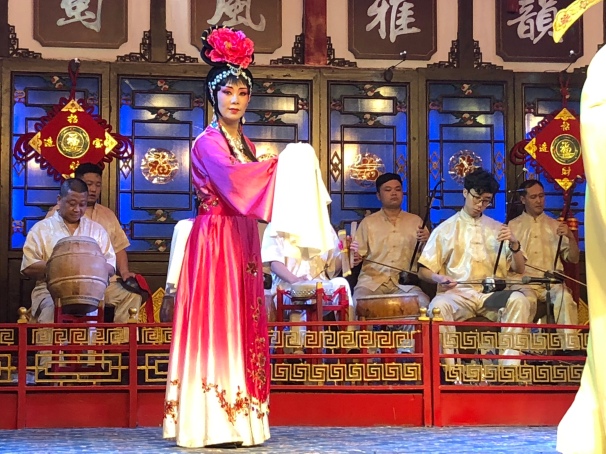 We also got a massage as part of our ticket. We were offered ear grooming as well to remove ear wax and trim ear hair. We both passed on that. Way back in history massage and ear grooming were part of the tea house experience. So it’s not something unusual here. 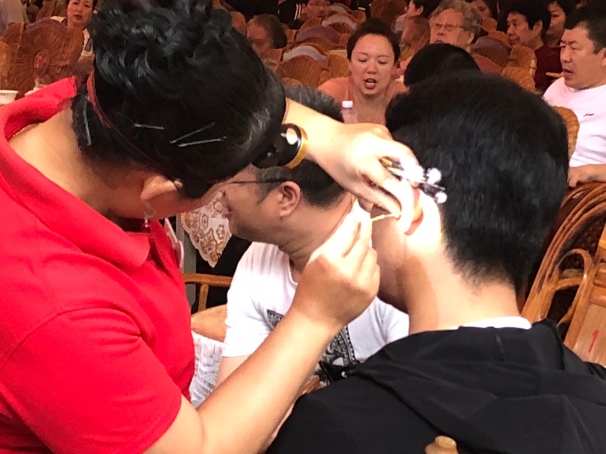 The Opera was incredible. Neither of us understood a single word but still very entertaining. We ended up with front row seats so our view was great.

After the show we had a hot pot dinner at a place called Dingdingdalong. The name was not confidence inspiring but our guide assured us it was worth it. 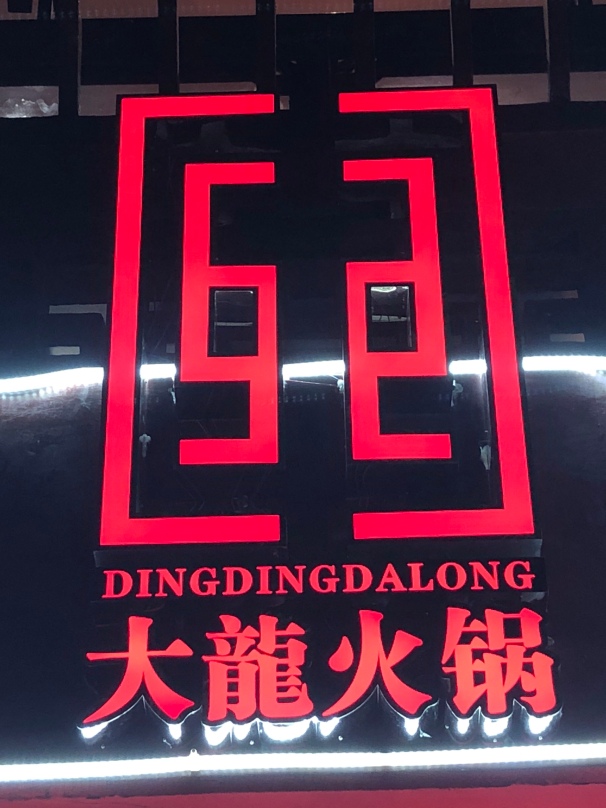 Hot pot places are a thing here. So of course we had to try it. I had thought I’d had hot pot before but nope. It’s a lot like fondue. Spicy in the outer ring for Dave and mild in the middle for Kris.

It’s heated on a convection plate and then the actual food comes uncooked on various plates. Like I said, fondue. Except with chopsticks. Imagine digging around in the pot with chopsticks trying to get out a noodle or meatball. Tasty but a bit of an exercise in frustration!

We had bean curd, lotus root, caroway pork meatballs and and beef. Sweet potato noodles are the long skinny things nearest the pot.

After successfully eating it all and not wearing any, we went for a walk around. The entrance gate to Qintai Street. 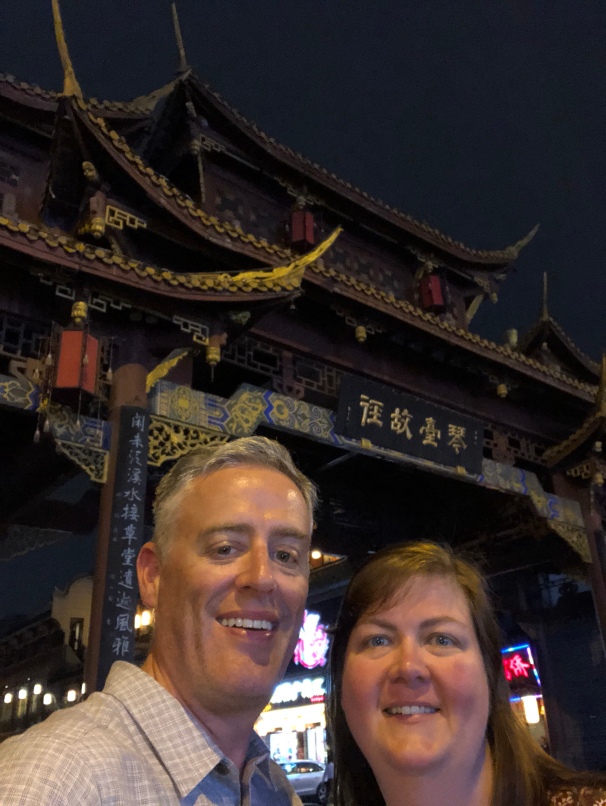 The area is very traditional and beautiful.

Bright and early tomorrow we go play with pandas and then head to Chongqing.