We had another early start as these lemurs get up, eat and then snooze. So we have to get there after they wake up but before their morning naps.

This was our view from the front door of our bungalow as we headed to breakfast. Wow. 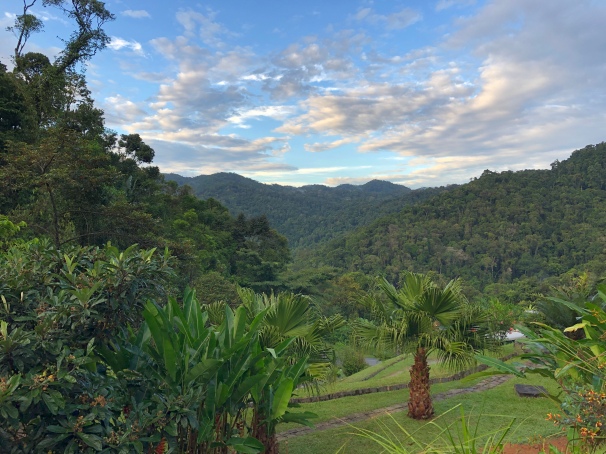 Ranomafana park was created specifically to protect two types of lemurs – Golden Bamboo lemurs and the Greater Bamboo lemur. The Golden Bamboo lemur is only found here. Before the mid 80’s the locals were logging the area quite heavily. They had almost killed off the entire ecosystem. A researcher worked tirelessly to educate the locals on how bad their practices were and that a park was needed. In 1991 it was finally created. There are three sections, the north being the only primary forest left. However in the intervening 28 years, nature has filled in a bunch of what the local humans took out (eg the bamboo and a bunch of eucalyptus trees). In exchange for not logging their territory the locals now survive on tourism.

The park guides work with spotters. The spotter runs ahead and finds the various animals, the guide explains the stuff and we go see. We noticed that the guides were men and spotters were all women. They only thing we can think of is language skill. Our spotter only spoke Malagasy as far as we could tell. Perhaps a lack of local schooling for women? I’m sure that will change over time. Local children attending school has been something we have wanted to bring up with Carl, but have not done so yet. We have seen an awful lot of young children hanging around in all the small villages during school hours.

There is a river at the entrance to Ranomafana Park. The bridge over the river has been rebuilt six times. Each time a little higher to avoid the annual flood damage and occasional cyclone. 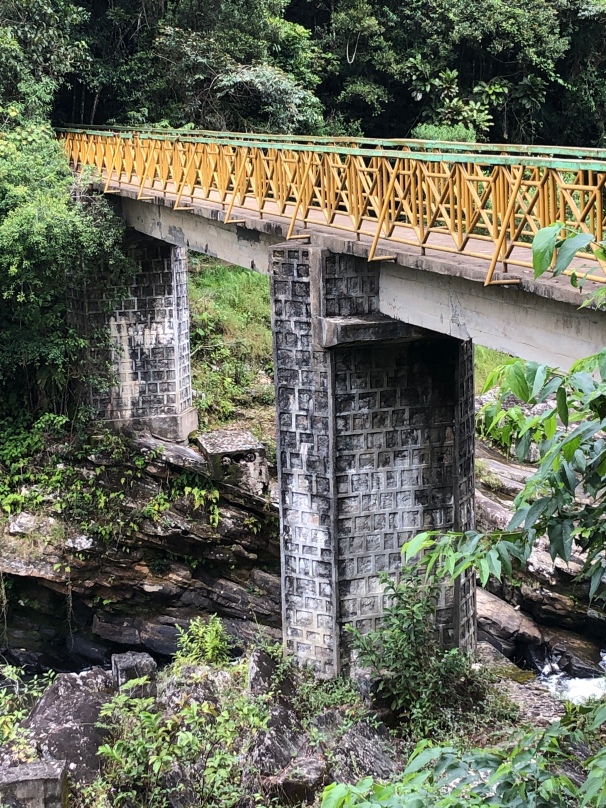 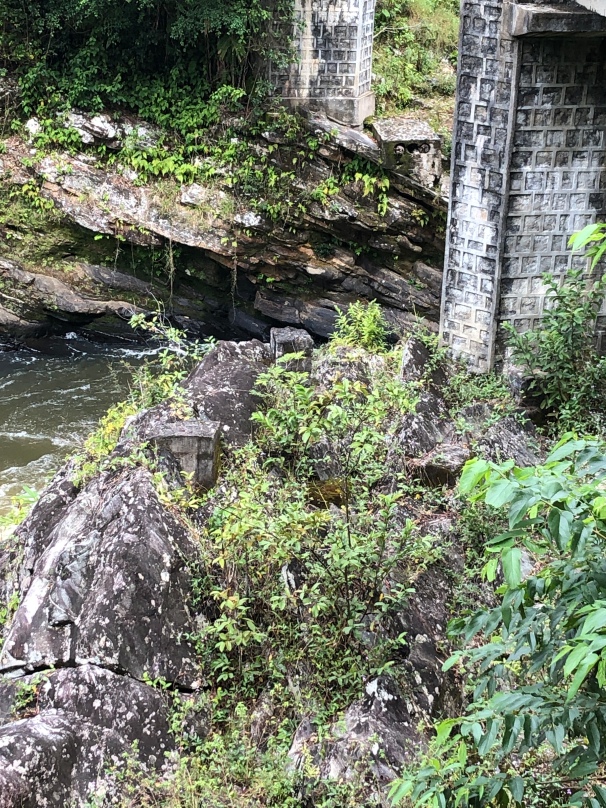 The river level today is about 20 feet below the bridge deck. That’s a lot of water coming down every rainy season! 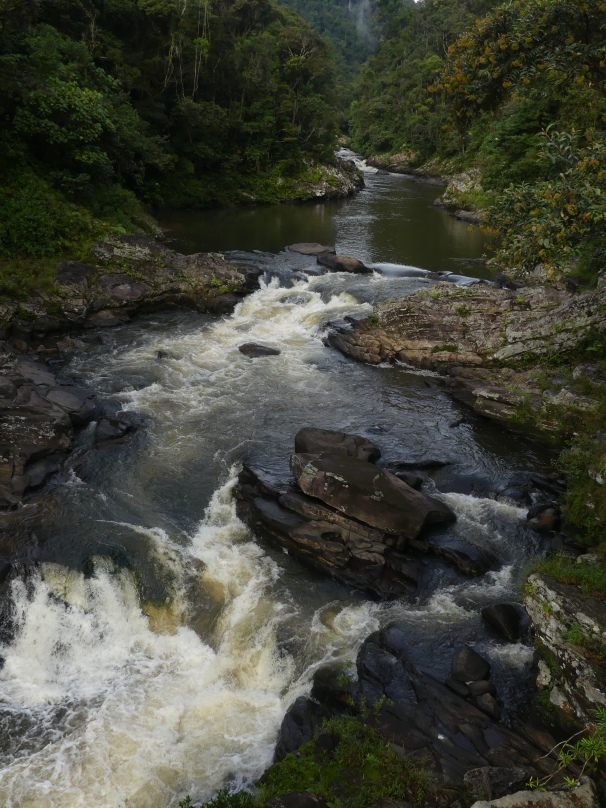 Right at the bridge our guide, William, found us a green tree frog hiding for the day. They are nocturnal and hide out during the day from snakes and birds who enjoy frog legs for lunch. 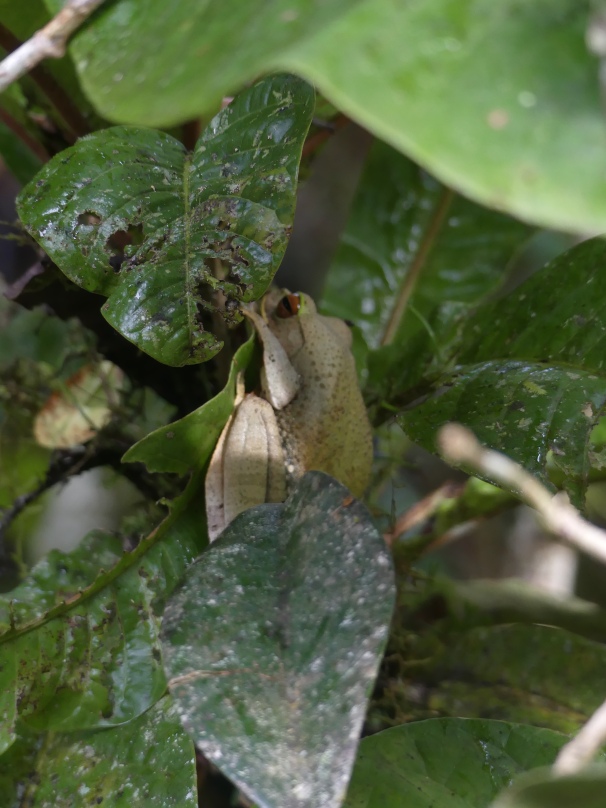 On the other side of the river is the park boundary and you enter the bamboo forest immediately. There are many kinds of bamboo here. This is giant bamboo and contains a lot of water for lemurs to drink. But don’t touch the black sections – they contain a kind of acid that isn’t so good for skin. 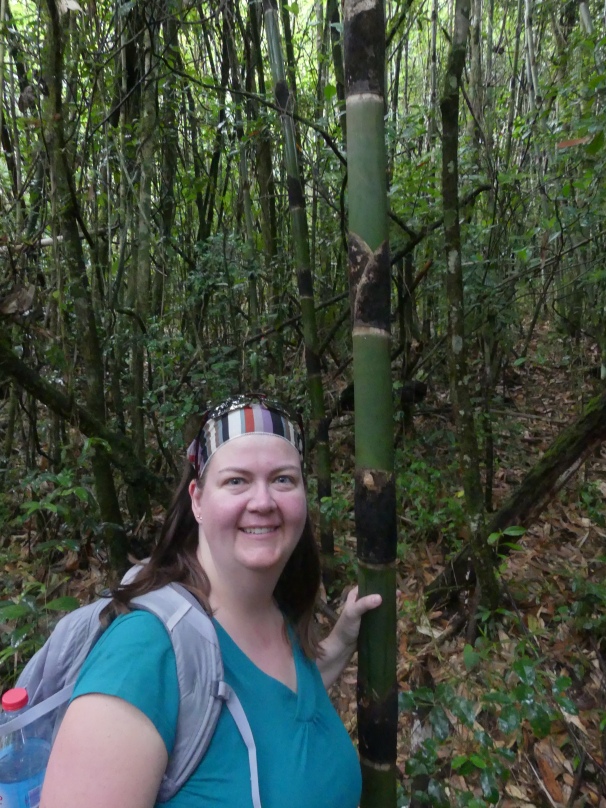 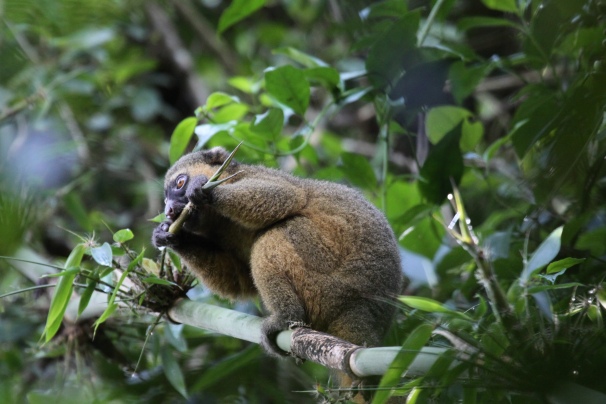 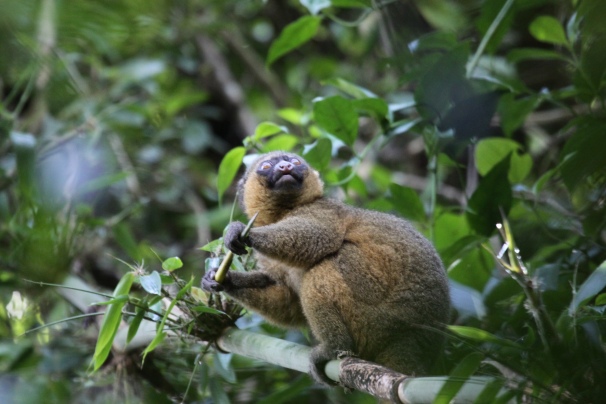 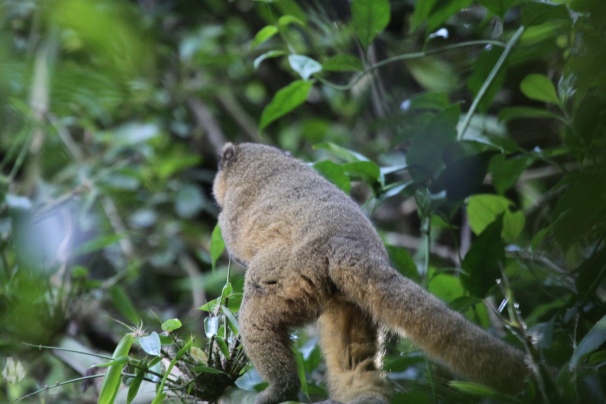 Unfortunately we got skunked on seeing the Greater Bamboo Lemur – he was already sleeping when we arrived. Our spotter did find one at the end of the day but we were already half way up the mountain to the trail back. We decided that we were too beat up and exhausted to trek most of the way back down. There is no flat or straight here. Only up or down and steep. And since it rained last night it was muddy and slippery. The dirt here is red dirt and more like red clay. Slick and not in a good way.

Here are a couple trail shots. Photos don’t really do it justice but each shot is what we walked on/through for 6 hours. 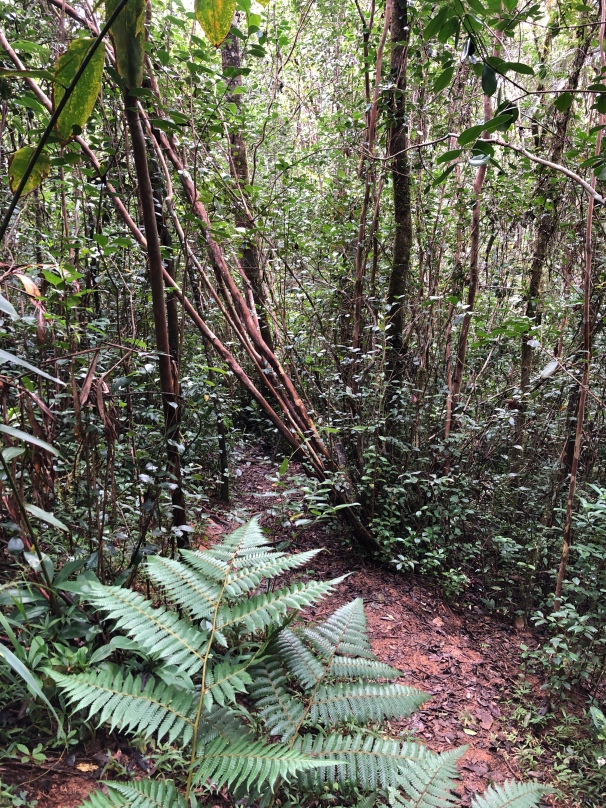 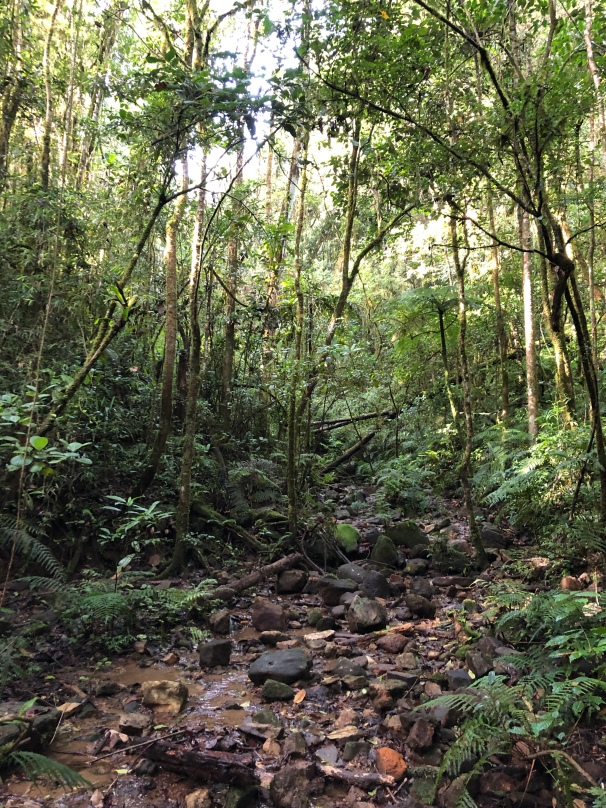 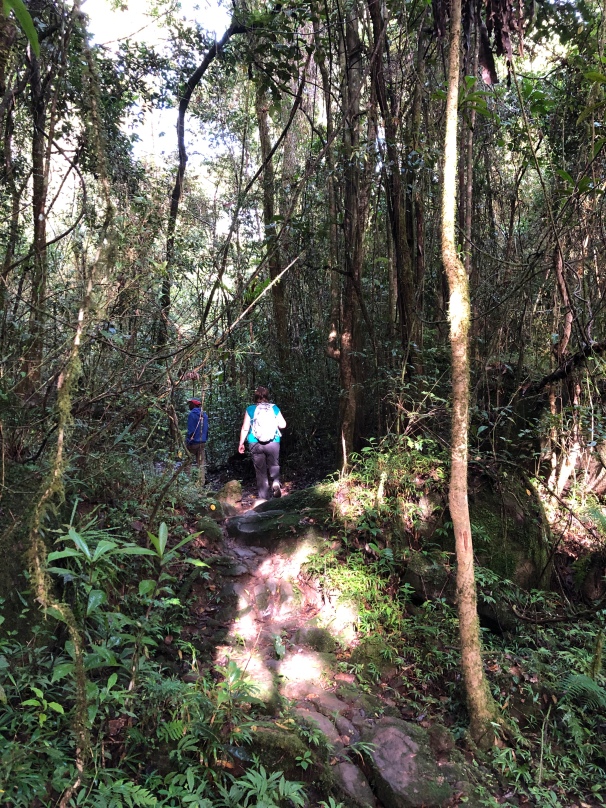 We did emerge tired, sore and bleeding a little (not sure from what exactly – there are some very sharp and thorny lianas around) and a couple more insect bites. But we saw what we came for. Worth it.

We saw 6 of the 7 diurnal lemur species (Greater Bamboo being the one we missed). Pretty darn great as far as we are concerned.

Some black and white ruffed Sifaka – their typical territory is in the primary forest, but during fruit season they often come down into the secondary forest to eat Chinese Guava (they were having a great time jumping around in the trees) 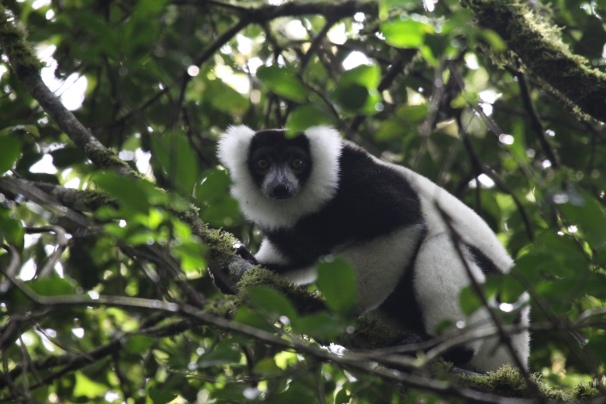 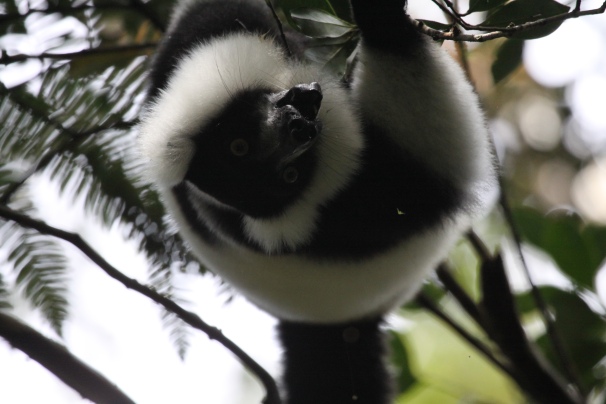 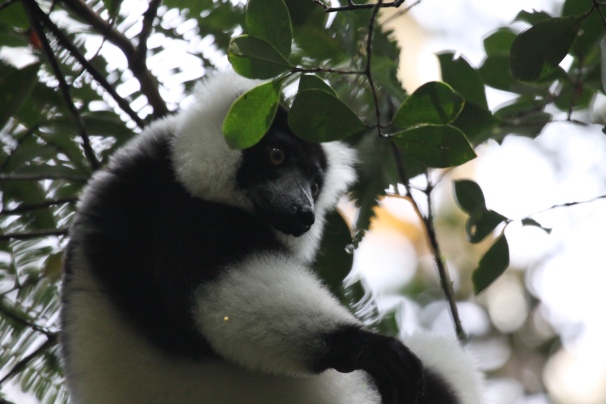 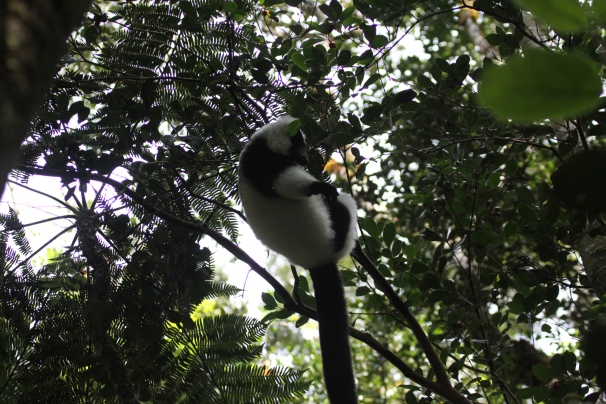 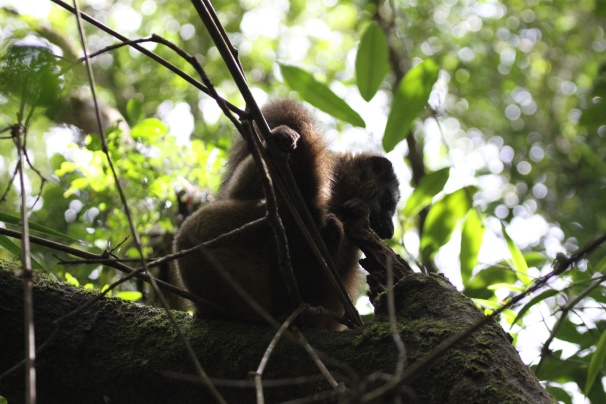 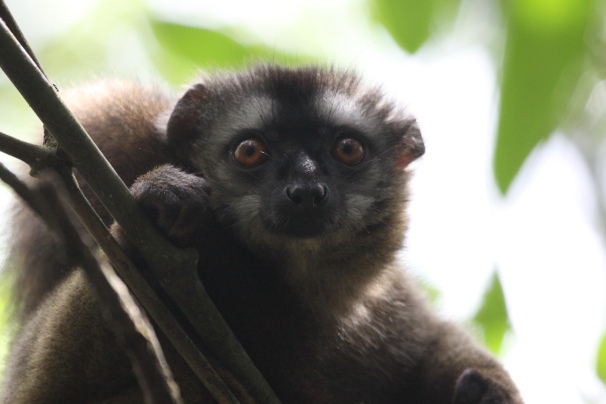 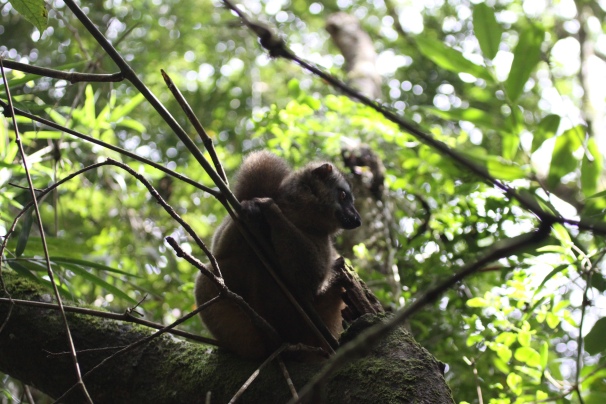 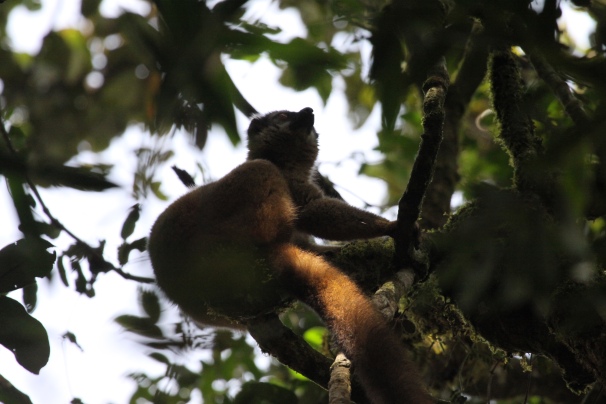 The Milne Edwards Sifaka was quite far up into the canopy to bother trying for a photo. They are black against a dark green background against a white sky. Great for them to survive, bad for us to photograph them.

Along the way we also saw gecko: 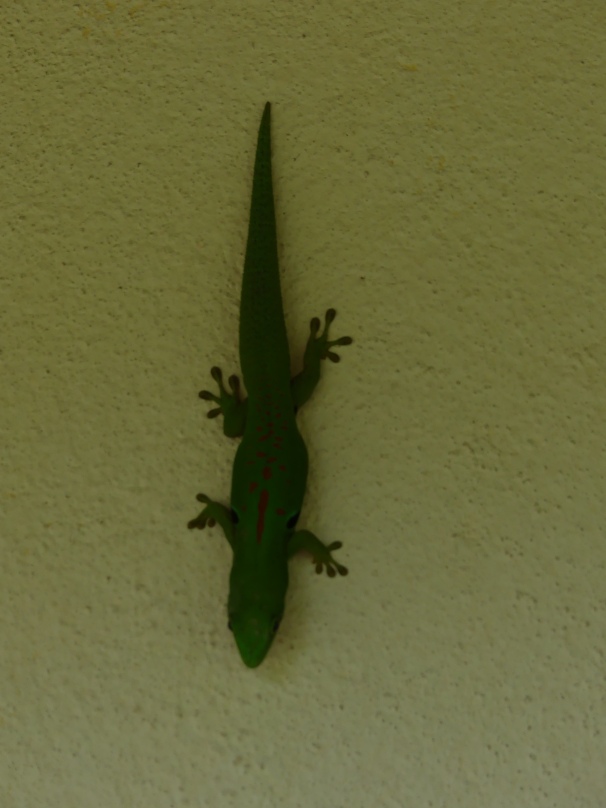 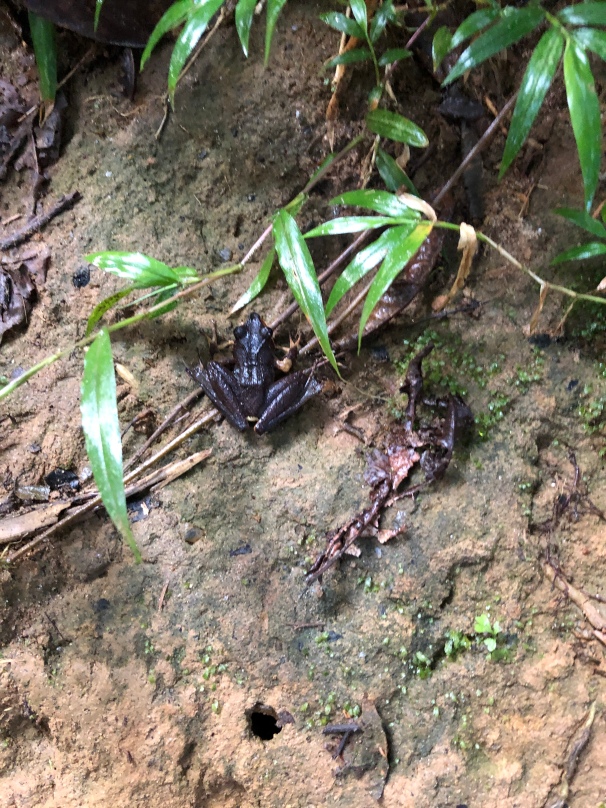 Juvenile leaf chameleon (who looked like a dead leaf until you got really really close). Actually I still think he just looks like a leaf – I have no idea how our guide found him! 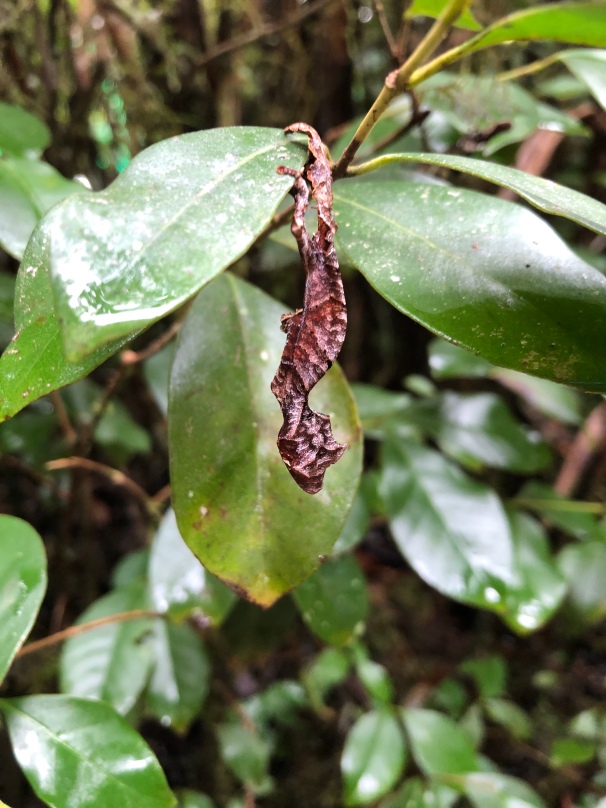 Look again, it’s a chameleon, his head at the bottom and upper broken leafy bit is his right back leg and flat tail. We thought our guide was bullshitting us at first. But nope, it’s real.

We also saw some red-ringed tail Mongoose. These guys are really cute. Ferret-like, but cute. 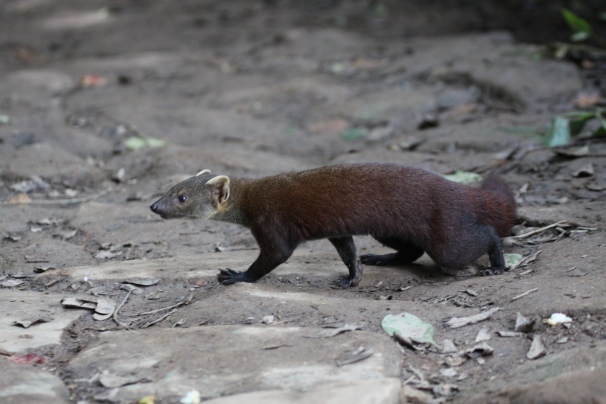 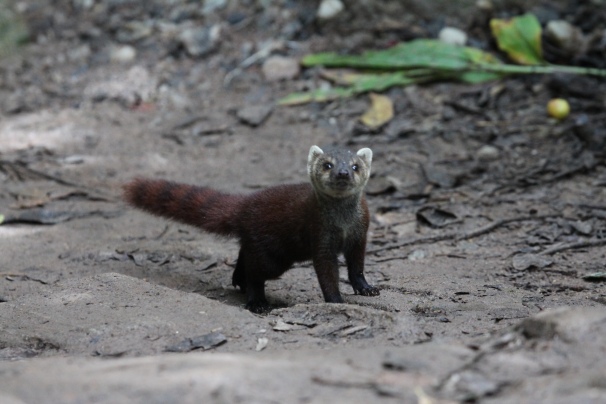 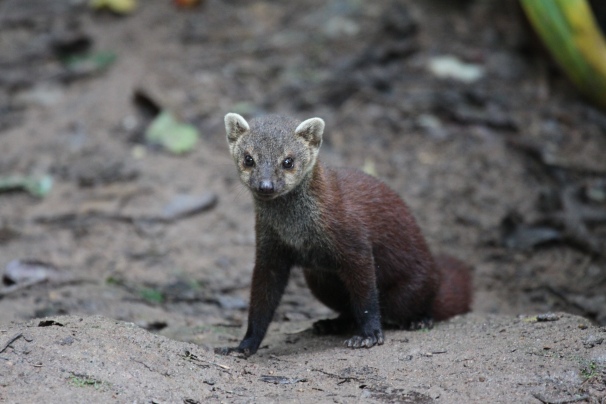 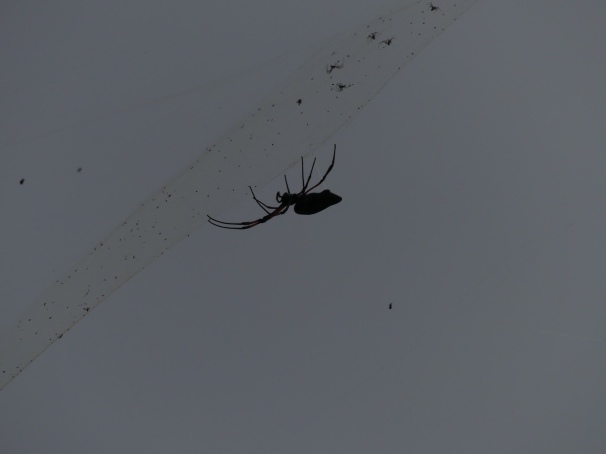 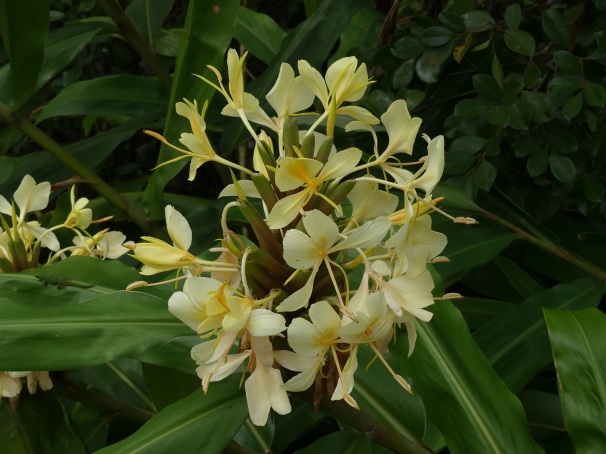 And more than a few beautiful butterflies: 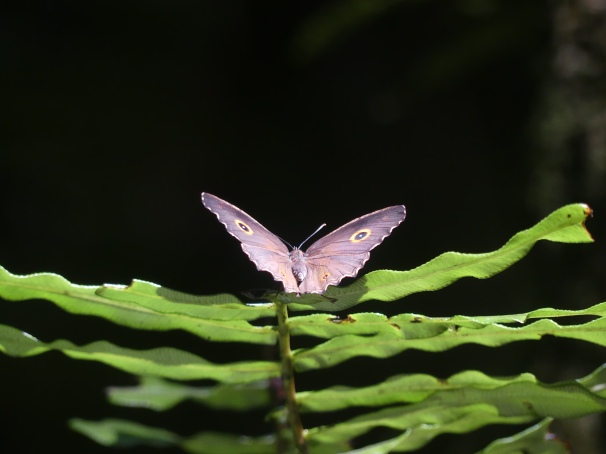 All in all a successful if difficult day. When we were done we were really done and thankfully the only thing left to do was eat a late lunch. We headed into Ranomafana town and felt really bad leaving mud on the beige restaurant floor. We did try and knock off as much as we could but it’s sticky stuff. Even in the middle of nowhere the food is well cooked and flavourful. The French left their mark on the cuisine for sure.

Upon our return to the Setam Lodge we took some ibuprofen, relaxed, showered and eventually went down for dinner.

Tomorrow is a 140km drive. Short in distance but still probably 3 1/2 hours.