Madagascar Day 28 – A Day at the Museum.

Our plan for today was to visit the Louvre. We had no real requirements except to see the Mona Lisa. There’s a ton of other things to see of course and we had a few things on the list but the first and most important was to see Ms. Lisa.

Before we left though, we enjoyed a nice breakfast at the hotel. The Louvre is across the Seine and down a few blocks from us – we took it slow and enjoyed some sights along the way.

We walked by the oldest clock in Paris at the Conciergerie, the oldest and only remaining part of the medieval Palais de la Cite. The clock dates from 1370 and still rings every 15 minutes! The Palace was converted into a prison in the 15th Century – Marie Antoinette was held here before her execution by guillotine in the Place de la Concorde. The building is still used today as a courthouse. 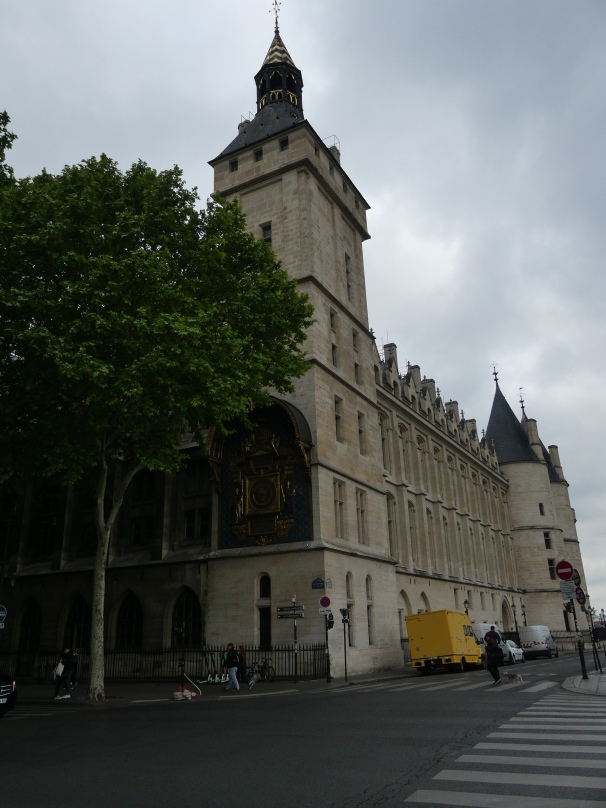 We wandered along the Seine and saw a few of the rental scooters and a bike in the river. Gotta love drunks overnight. 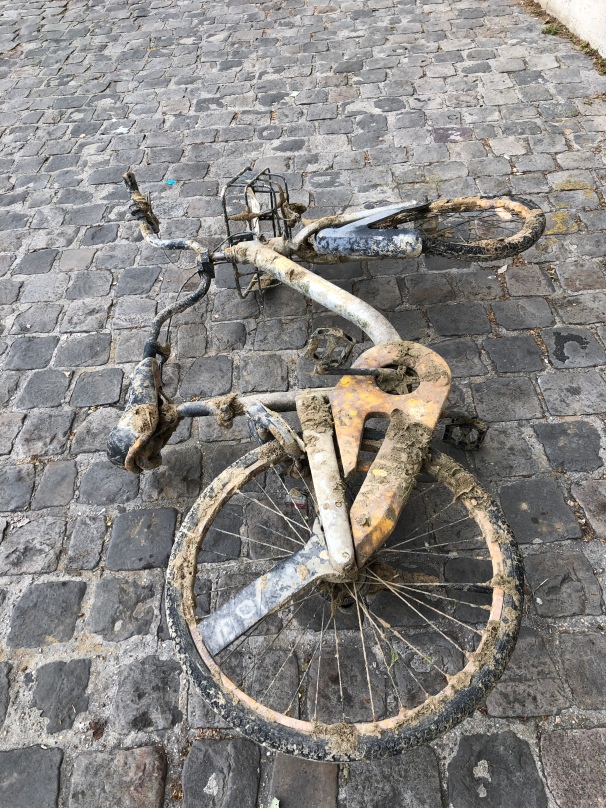 We arrived at the Louvre around 10 am and the lines were pretty short. We deliberately did not buy a timed ticket as we didn’t want to be tied to a schedule here. And everyone has to pass through the security lines, whether they have bought a ticket ahead of time or not. The museum was originally the Louvre Castle in the late 12th Century (we saw remnants of the wall and tower of the fortress on the ground level), and became the main residence of the French Kings in 1546. In 1682, when Louis XIV decided to move his residence outside of Paris to Versailles, the palace was mostly used to display the royal collections. It became an official museum in 1793. 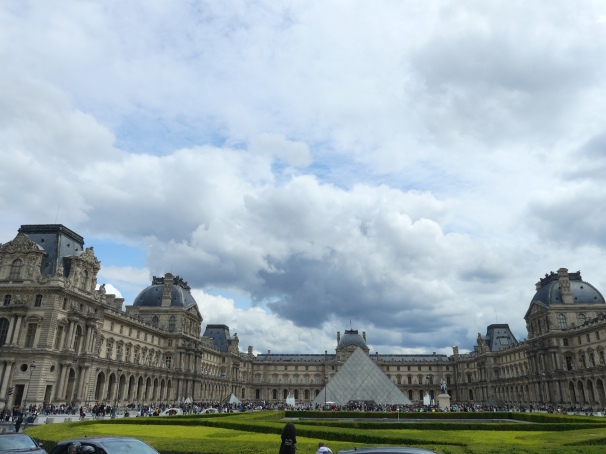 We headed right for the Mona Lisa as the crowds can be insane. Not today, or at least when we were there. Thankfully.

Just in case you didn’t know what she looks like, here she is. She is not particularly big but she is a big deal. Entire Mona Lisa tours are conducted if you are interested.

The crowds today – although this room was much fuller later in the morning.

We also saw the Venus de Milo – a female statue from 100 BC that could be either the love goddess Aphrodite or possibly the sea goddess Amphitrite, who was worshipped on the Greek island of Milos where the statue was found.

Some Roman guy banging coconuts (for you Monty Python fans).

The portrait of French independence – Liberty Leading the People by Delacroix.

Plus a statue of Napoleon emerging into immortality (he might have had a bit of an ego).

We had lunch at the terrace cafe on the second floor. A little salad, espresso and maybe some French wine. A nice break and breath of fresh air mid visit. Today isn’t particularly warm outside but the museum is hot! 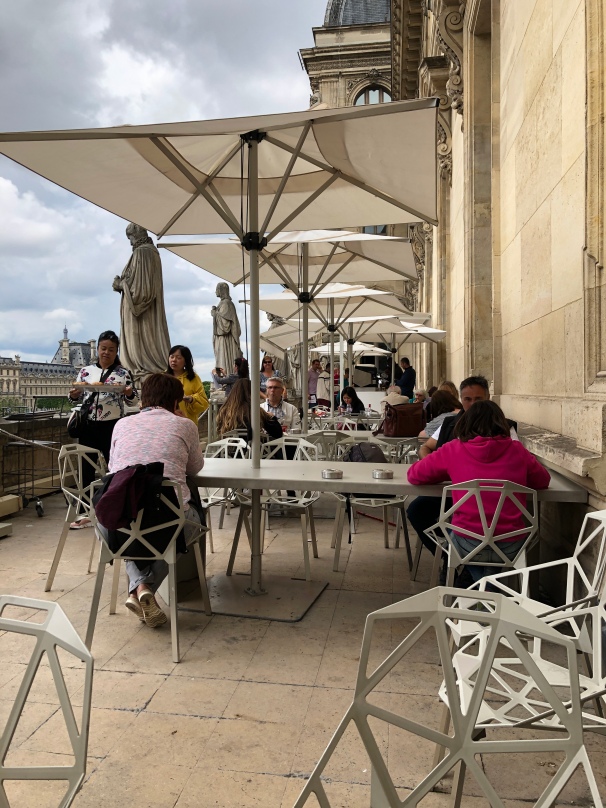 We also wanted to see the inverted glass pyramid. We had understood it to be the inverse of the big pyramid. But no, it’s basically a big skylight in the underground mall beside the museum. Still very cool to see.

And in said mall was a Mariage Frere tea shop. Kris had lots to choose from. We came home with a few Ceylon varieties and one from Kenya. Kris could have spent the whole day in there – the menu was massive. 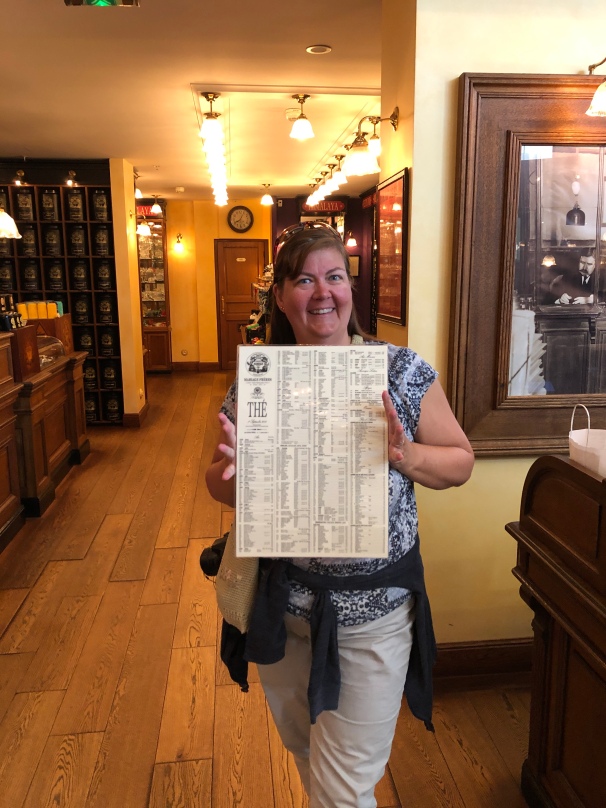 In the Place de la Concorde we found an obelisk that Napoleon supposedly stole from the Temple of Luxor in Egypt. Having seen its twin at the temple a few years ago, we decided on a quick visit. This one actually looks in better shape!

As well we giggled a little at the bum drinking champagne. Only in France right? 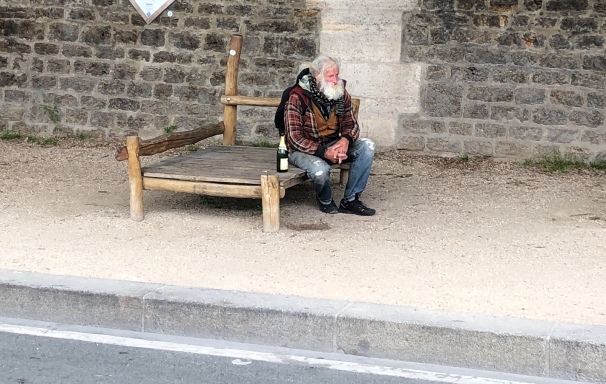 At this point our feet hurt so we slowly wandered back to our hotel and our wonderful balcony. We walked over the Pont Neuf of movie fame and saw the tip of the Isle de Cite. It is one of only two natural islands in the Seine. We’ve enjoyed just wandering around and experiencing the vibe in Paris.

Once we got back to our room we finished off our wine and snacks from yesterday and reflected on our amazing adventure this year. We are so very thankful we are fortunate enough to be able to do this both financially and due to fantastic parents who move into our house to supervise our boys.

One last dinner on St Severin. Yet another good meal and our French is improving.

Tomorrow we fly home and while we had a blast on this trip we are both looking forward to seeing our kids and sleeping in our own bed. Kris is particularly looking forward to her own pillow – the offerings in Madagascar hotels are lumpy and uncomfortable.

One comment on “Madagascar Day 28 – A Day at the Museum.”